It was his role in the 1991 Crown Heights riot that would most define his mayoralty. 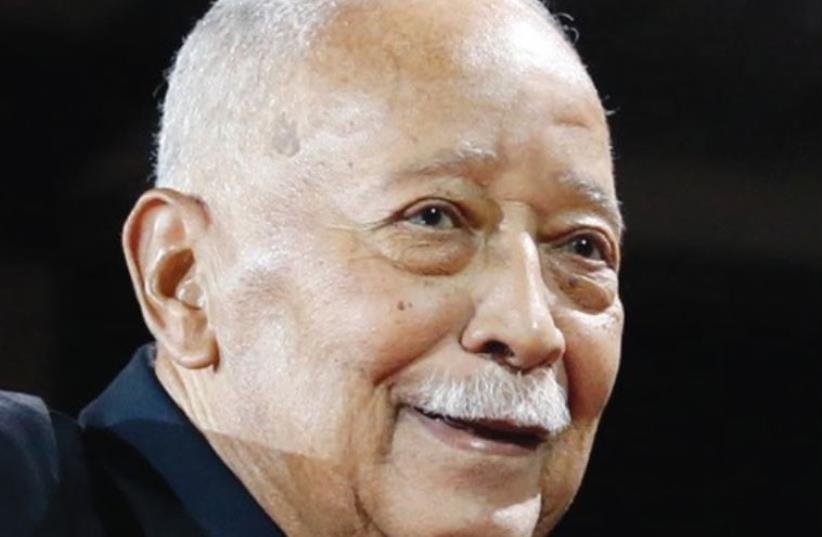 David Dinkins
(photo credit: REUTERS)
Advertisement
David Dinkins, who served as New York City's first and only African-American mayor during the 1990s, died on Monday at the age of 93, police said.His death appeared to be of natural causes, Detective Adam Navarro of the city's police department told Reuters.Born in 1927 in Trenton, New Jersey, Dinkins attended Howard University and Brooklyn Law School.He eventually came to Harlem, the historically Black neighborhood in upper Manhattan, where he rose in the ranks of local politics."I'm feeling something painful in my heart right now. I'm feeling like a loss and an emptiness because he's gone," an emotional New York City Mayor Bill de Blasio told reporters on Tuesday. "But I also really feel his guidance still, his presence. And we're going to keep going, we're going to continue his fight."New York Attorney General Letitia James, Governor Andrew Cuomo and former New York City Mayor Rudy Giuliani were among the many others paying tribute to Dinkins."For decades, Mayor Dinkins led with compassion and an unparalleled commitment to our communities," James said in a statement. "New York will mourn Mayor Dinkins and continue to be moved by his towering legacy.""The first and the only Black mayor of NYC, he cherished our “gorgeous mosaic” & served the city & state over a career spanning decades with the hope of unity and a deep kindness," Cuomo wrote on Twitter.In Harlem, Dinkins formed part of a group of Black power brokers, known as the "Gang of Four," that included congressman Charles Rangel, Percy Sutton and Basil Paterson, the father of future New York Governor David Paterson.Dinkins defeated the three-term incumbent Democrat Mayor Ed Koch in the primary and then Republican prosecutor Rudy Giuliani in the 1989 mayoral race.Giuliani, who would come back to defeat Dinkins four years later, was among the first to pay tribute."I extend my deepest condolences to the family of Mayor David Dinkins, and to the many New Yorkers who loved and supported him," Giuliani said on Twitter. "He gave a great deal of his life in service to our great City."The National Association for the Advancement of Colored People (NAACP) recognized the former mayor's achievements in a statement on Tuesday. "Winning his election against all odds, he showed us what was possible at a time when opportunities were limited."New York, during Dinkins' term, was battling high crime, a fierce economic recession and the AIDS epidemic.But it was his role in the 1991 Crown Heights riot that would most define his mayoralty.The riot was sparked in the racially divided Brooklyn neighborhood by the acquittal of a young black man, Lemrick Nelson, in the killing of Yankel Rosenbaum, a 29-year-old Jewish student.Speaking in 2011, Dinkins remembered his handling of the riot as one of his chief regrets."The thing that hurt the most, I suppose, was to be accused by some of permitting - holding the police back - and permitting young blacks to attack Jews," Dinkins said, according to the New York Times."And this was untrue, inaccurate and not so, and that's kind of painful. But if I had it to do over again, I would have said maybe 24 hours earlier to the police, ‘What you’re doing isn’t working,’ which I finally said."