Debra Messing to Ivanka Trump: 'Do something'

"Ivanka, girlfriend, what are you doing? Come on, it's me Deb, let’s talk to each other, one Jewish mother to another." 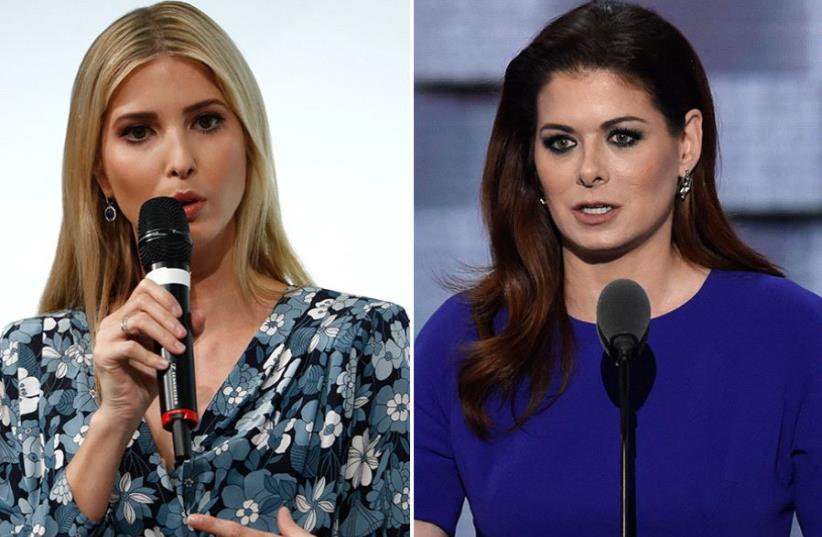 Ivanka Trump and Debra Messing
(photo credit: ODD ANDERSEN / AFP,SAUL LOEB / AFP)
Advertisement
Jewish American actress Debra Messing appealed over the weekend to Ivanka Trump speaking as "one Jewish mother to another."In an impassioned acceptance speech at the GLAAD (Gay & Lesbian Alliance Against Defamation) Media Awards in New York on Saturday, the Will & Grace leading lady addressed America's 'First Daughter' in a plea for political change in the era the current government. Rallying an onslaught of cheers from the crowd at the award ceremony hosted by the LGBT advocacy group, Messing critiqued the Trump administration and singled out US Vice President Mike Pence, pointing to his Christian conservative positions on women's health and LGBT rights issues. "It is time to make American gay again! I mean, somebody’s gotta take down Mike Pence.""Right now there's a very bad, and very orange man in our White House...at least a few days a month," she quipped, in reference to US President Donald Trump. Putting all jokes aside, the sitcom star appealed to the president's eldest daughter, saying: "Ivanka, girlfriend, what are you doing? Come on, it's me Deb, let’s talk to each other, one Jewish mother to another.""It's not enough to say women's issues are important to you - its time to do something,"  Messing said in her direct appeal on social rights, particularly for women, immigrants and the LGBT community. “Ivanka, you can change the lives of millions," the Hollywood frontwoman said, urging Ivanka to relay to her father "stories of  real people who are suffering."“Ivanka, please, please stop blindly defending your father and start defending what you say," she added. "You can't just say '#womenwhowork' and think you're advancing feminism. You need to be a women who does good work."“Imagine how you’ll feel, sitting at Passover Seder, if you can tell your children that you fought for justice and freedom,” Messing asserted, continuing with a bit of her trademark shtick, saying "it will make you feel richer than all the skyscrapers and golf courses in the world."  Ivanka Trump, the 35-year-old businesswoman and mother of three, converted to Orthodox Judaism before marrying Jared Kushner in 2009. The couple played a central role in her father's presidential campaign and continued to clench advisory positions in the White House after her father took office.