The participation of Ellison has added significance because Rep. Alexandria Ocasio-Cortez withdrew her commitment last week to attend the event. 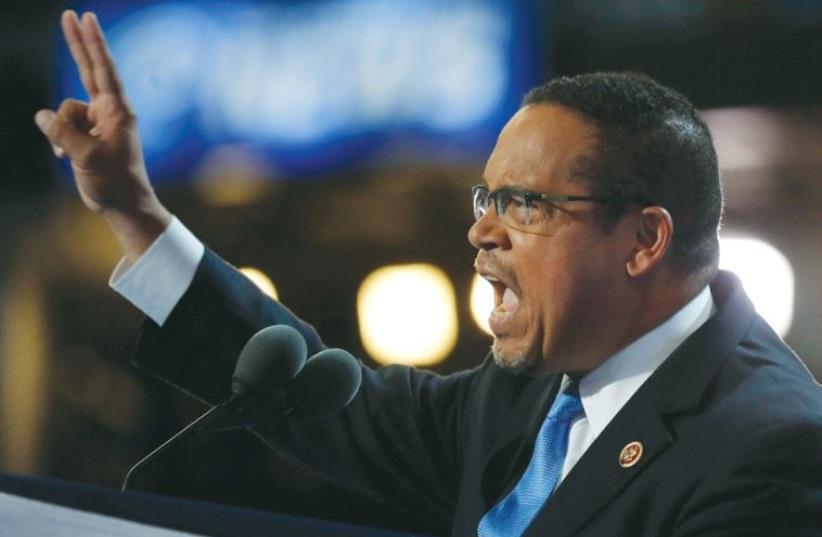 Keith Ellison, the Minnesota attorney general and a leader of Democratic Party progressives, will join an Americans for Peace Now memorial event marking the 25th anniversary of the assassination of Yitzhak Rabin.

The participation of Ellison, the first Muslim elected to Congress and the former deputy chairman of the Democratic National Committee, has added significance because Rep. Alexandria Ocasio-Cortez, the freshman New York Democrat emerging as a leader among her party’s progressive wing, withdrew her commitment last week to attend the event.

Ocasio-Cortez had come under pressure from pro-Palestinian advocates who see Rabin as a war criminal for ordering the evacuation of Arab residents of several towns during Israel’s 1948 Independence War and, as defense minister from 1987 to 1990, ordered brutal measures to repress the first Palestinian intifada, or uprising.

Hadar Susskind, American for Peace Now’s president, told the Jewish Telegraphic Agency that Ellison was not a replacement for Ocasio-Cortez but was among a number of progressive figures the organization invited to speak. The event, which will take place virtually on Oct. 20, will be hosted by the Jewish actor Mandy Patinkin.

Rabin, elected prime minister in 1992, led the first Israeli government to recognize Palestinian national aspirations and to treat the Palestine Liberation Organization as the representative of the Palestinian people. Representatives of Arab parties were part of his governing coalition.

A Jewish extremist assassinated Rabin as he was leaving a Tel Aviv peace rally on Nov. 4, 1995. He was mourned by a number of Palestinian leaders, including Yasser Arafat, with whom he signed the Oslo Accords at a White House ceremony in 1993.

Ellison sponsored legislation in 2015, while in Congress, marking the 20th anniversary of Rabin’s death. Similar legislation is now under consideration in both congressional chambers.