Several religious leaders, including Rabbi Brant Rosen led the protest into a restricted area in front of the border fence. 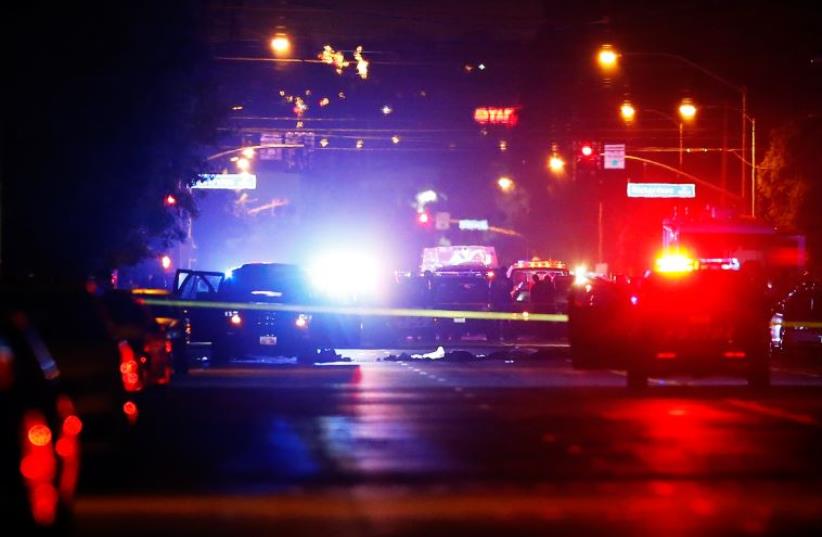 Police vehicles line the street around a vehicle in which two suspects were shot following a mass shooting in San Bernardino, California
(photo credit: REUTERS)
Advertisement
A rabbi was among 32 religious leaders arrested in San Diego, California, at the US border fence demonstrating in support of migrants from Central America.About 400 people gathered at the Border Field State Park on Monday to support the migrants as part of a nationwide week of action called “Love Knows No Borders: A moral call for migrant justice.” The American Friends Service Committee, the Quaker social action organization, sponsored the protest.Several religious leaders, including Rabbi Brant Rosen, a staff person with American Friends and a co-chair of the Jewish Voice for Peace rabbinical council, led the protest into a restricted area in front of the border fence. They were met by federal border control agents, who handcuffed them and arrested them. The agents wore riot gear, including bulletproof vests, and carried night sticks.Rosen offered the priestly blessing in Hebrew in support of the migrants, seen in a video on the Facebook page of American Friends.