If Michael Flynn will indeed provide a testimony, many predict that it would shed a new light on the ongoing probe into the alleged and controversial ties between US and Russian officials. 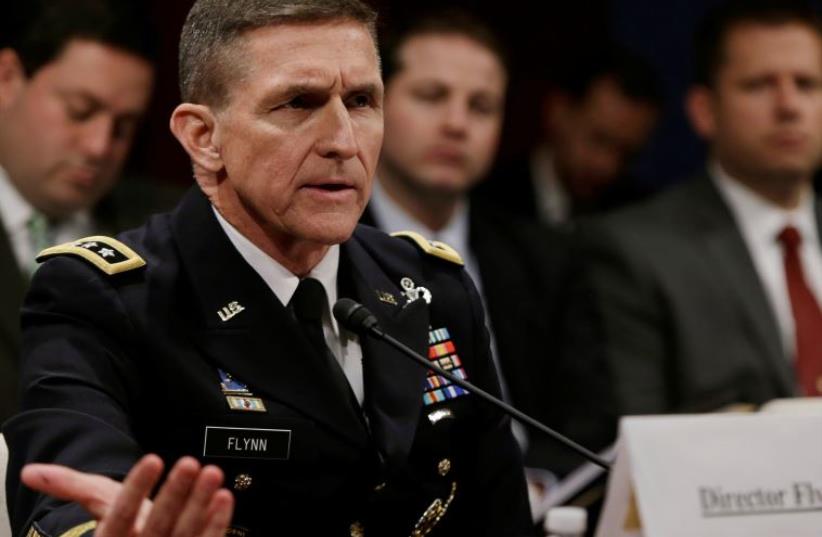 Retired U.S. Army Lt. General Michael Flynn in 2014.
(photo credit: REUTERS)
Advertisement
Former US National Security Adviser Michael Flynn, who was forced to resign from his position earlier this year after it was revealed that he misled Vice President Mike Pence and other administration officials regarding his ties to the Russian envoy to the US, is willing to testify before federal and congressional investigators. Flynn's potential testimony would come as part of the ongoing probe into the alleged and controversial connections between White House staff members and Russian government officials, which the media has dubbed the "Russian affair."  However, as CNN reported on Friday, Flynn stipulated his testimony on the condition that he receives immunity. It remains to be seen if such immunity is indeed granted to Flynn, who many believe could provide significant insight into the alleged ties between Russia and Trump's campaign. Russia has so far adamantly denied any involvement in the recent US elections, with Russian President Vladimir Putin saying on Thursday that claims that his government meddled in the elections were "fictional, illusory, provocations and lies." President Donald Trump appeared to back with his former national security adviser as he took to Twitter earlier on Friday to urge Flynn to ask for immunity in order to protect himself from what the US president referred to as a "witch hunt" carried out by the media and representatives of the Democratic Party. "Mike Flynn should ask for immunity in that this is a witch hunt (excuse for big election loss), by media & Dems, of historic proportion!," the president stressed in the tweet published on his official Twitter handle.
US security aide Flynn quits over Russia links (credit: REUTERS)

Mike Flynn should ask for immunity in that this is a witch hunt (excuse for big election loss), by media & Dems, of historic proportion!
— Donald J. Trump (@realDonaldTrump) March 31, 2017


It appears that Trump borrowed the controversial term "witch hunt" as linked to the media coverage of Flynn's involvement in the Russia-US administration scandal from an earlier statement released on Thursday by Flynn's lawyer, Robert Kelner.
The latter has said regarding his client's reluctance to testify that "No reasonable person, who has the benefit of advice from counsel, would submit to questioning in such a highly politicized, witch-hunt environment without assurances against unfair prosecution." On Thursday, the Wall Street Journal reported that while Flynn has been trying to obtain a promise of immunity, his terms were not met with as of yet. The Senate Intelligence Committee declined to comment on this report, and CNN says that aides to the committee have denied that any request from Flynn on the matter was received.