Kushner asked those in attendance for suggestions on smoothing relations between his father-in-law and Muslims. 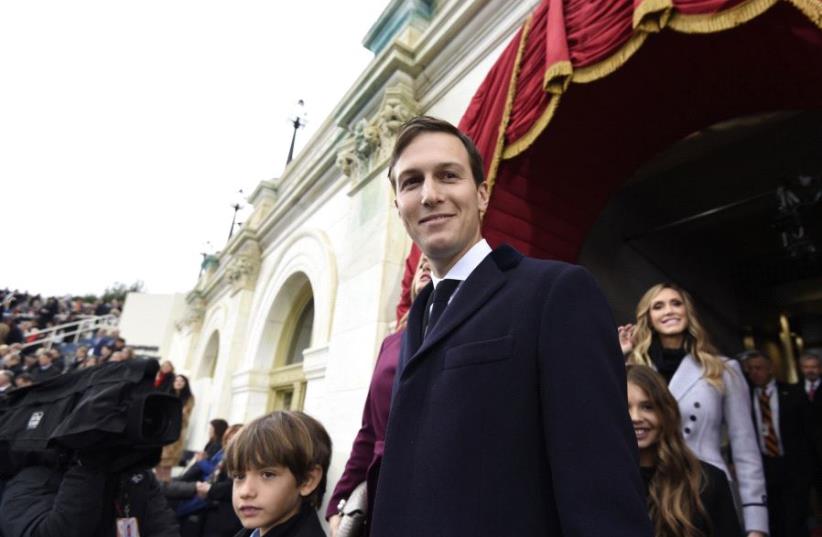 Jared Kushner arrives for the Presidential Inauguration of Donald Trump at the US Capitol in Washington, DC
(photo credit: REUTERS)
Advertisement
Jared Kushner had a friendly but secret meeting with Muslim Americans prior to the inauguration of his father-in-law, Donald Trump, but contacts diminished after the president banned entry to refugees and to travelers from seven Muslim majority countries.“We thought discussing our nation’s founding values and freedom for Americans of all faiths was the responsible thing to do before Mr. Trump came to power,” Farhana Khera, the director of Muslim Advocates and one of five Muslim leaders at the meeting, told BuzzFeed, which on Tuesday broke the story of the early January get-together.“It soon became clear, however, that unless Trump makes drastic changes and shows he’s committed to being a president for all Americans, engagement is not an effective tool at this stage,” Khera said.
Jared Kushner flies to Iraq with top US general (credit: REUTERS)
In addition to the travel ban, which Trump put in place a week into his presidency but has been stayed by the courts, tensions between the Trump administration and Muslims were exacerbated by a visit to the White House by Brigitte Gabriel, who leads a group that has been described as Islamaphobic.Kushner asked those in attendance for suggestions on smoothing relations between his father-in-law and Muslims, and even sought recommendations for a liaison to the Muslim community. (Trump has not named a liaison, nor has he named one to the Jewish community.)BuzzFeed said that Kushner, who is Jewish and is an unpaid adviser tasked with an array of assignments, including advancing Middle East peace, remains the conduit for Muslim contacts with the administration. However, the online news site said that relations with the community have been consigned to a “severely restricted” backchannel.