Tillerson declines to host Ramadan event at US State Department

"US ambassadors are encouraged to celebrate Ramadan through a variety of activities, which are held annually at missions around the world." 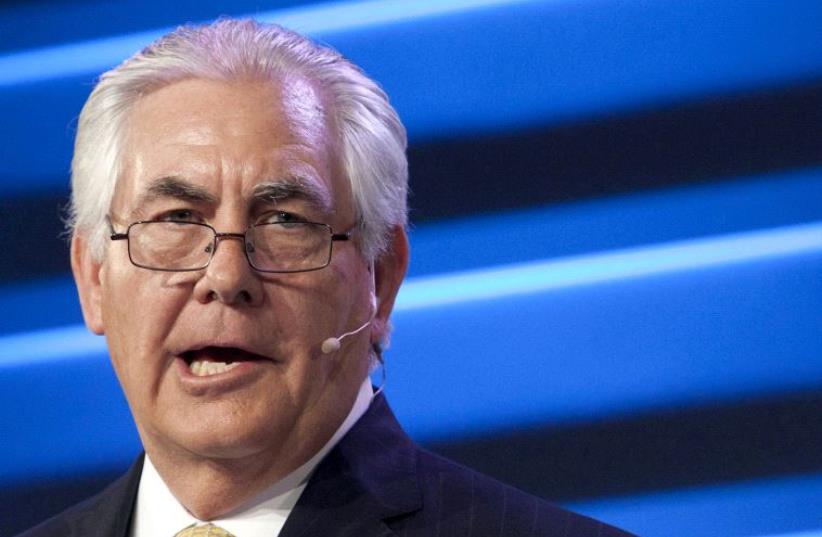 Rex Tillerson
(photo credit: REUTERS)
Advertisement
US Secretary of State Rex Tillerson has declined a request to host an event to mark Islam's holy month of Ramadan, two US officials said, apparently breaking with a bipartisan tradition in place with few exceptions for nearly 20 years.Since 1999, Republican and Democratic secretaries of state have nearly always hosted either an iftar dinner to break the day's fast during Ramadan or a reception marking the Eid al-Fitr holiday at the end of the month, at the State Department.Tillerson turned down a request from the State Department's Office of Religion and Global Affairs to host an Eid al-Fitr reception as part of Ramadan celebrations, said two US officials who declined to be identified because they were not authorized to speak publicly.According to an April 6 memo seen by Reuters, the office - which typically initiates such events - recommended that Tillerson hold an Eid al-Fitr reception.His rejection of the request suggests there are no plans this year for any high-profile Ramadan function at the State Department. The month of fasting and prayer for Muslims gets under way in many countries on Saturday.When asked by Reuters to comment on Tillerson declining a request to host an Eid al-Fitr event in July for Ramadan, a State Department spokesperson said: "We are still exploring possible options for observance of Eid al-Fitr, which marks the end of the month of Ramadan. US ambassadors are encouraged to celebrate Ramadan through a variety of activities, which are held annually at missions around the world." Muslim activists have accused President Donald Trump's administration of having an unfriendly attitude towards Islam, encapsulated by its attempts to ban citizens of several Muslim-majority countries from entering the United States.The administration says that while it strongly opposes Islamist militants, it has no quarrel with Islam. Aides point to Trump's visit this month to Saudi Arabia, the birthplace of Islam where he addressed the leaders of more than 50 Muslim countries, as evidence of that.Members of Congress, Muslim civil society and community leaders, diplomats from Muslim countries and senior U.S. officials usually attend the State Department Ramadan event, a symbol of the U.S. government's diplomatic efforts with Muslim countries and people.If Tillerson avoids hosting one this year, that could send a message "that it is not as important to this administration to engage with Muslims," said former US diplomat Farah Pandith, who served in the Bush and Obama administrations and helped plan Ramadan events at the White House and State Department.Tillerson issued a statement on Friday to mark the start of Ramadan, which he called "a month of reverence, generosity, and self-reflection." "Most importantly, it is a cherished time for family and friends to gather and give charity to those who are less fortunate," he said.PAST RAMADANS Former Secretary of State Madeleine Albright started the tradition 18 years ago of America's top diplomat hosting a public event for Ramadan, a lunar month.The secretary of state of the time usually gives remarks there on the meaning of Ramadan.In April, the State Department's Office of Religion and Global Affairs made a request to Tillerson's office that he deliver remarks at an Eid al-Fitr reception this year, and suggested a two-week range of dates in July. The event would serve to "highlight State Department initiatives and the importance of Muslim engagement," the memo said.It noted that by hosting a reception just after Ramadan, rather than an iftar - an often sumptuous dinner at sunset - a State Department event could be held any time of the day, thus preventing "a very late evening for the Secretary." Several weeks later, that office and other offices at the State Department were alerted that Tillerson declined the request, the officials said.Reuters was told of the request being declined but did not see Tillerson's reply. An official with the Office of Religion and Global Affairs did not respond to a request for comment.Several prominent Muslim-American groups in the Washington area who are normally invited to the Ramadan event told Reuters this week that they had yet to receive an invitation from the State Department, which they said was unusual."If they're having one, we haven't been invited," said Rabiah Ahmed, spokeswoman for the Muslim Public Affairs Council in Washington. A representative for her group has been invited to the State Department event in the past, she said.FRAUGHT RELATIONSHIP Trump's administration has had a fraught relationship with Muslims. As a presidential candidate, the Republican urged a temporary ban on Muslims entering the United States, called for more surveillance of mosques and warned that radical Muslims were "trying to take over our children." Trump has since toned down his rhetoric and courts have halted his temporary travel ban on people from six mostly Muslim countries.White House officials did not respond to a request for comment on whether they would continue the tradition this year of hosting a Ramadan-related event at the White House.The State Department celebrates other religious traditions though some of those commemorations are not as well-established as the State Department's Ramadan event. In 2014, then-secretary of state John Kerry hosted the first ever celebration at the State Department marking Diwali, the Hindu festival.The White House also traditionally hosts annual Christmas and Easter events as well as a Seder dinner to mark the Jewish Passover.The top US diplomat has personally hosted a Ramadan event every year since 1999, often in the State Department's grand Benjamin Franklin room, apart from three years.In 2006 and 2015, deputies of the secretary of state at the time hosted either an iftar dinner or an Eid al-Fitr reception. In 2014, Kerry hosted a reception for Eid al-Adha, another important Muslim holiday.