Trump has refused to release his tax returns, saying his taxes were under audit by the Internal Revenue Service. 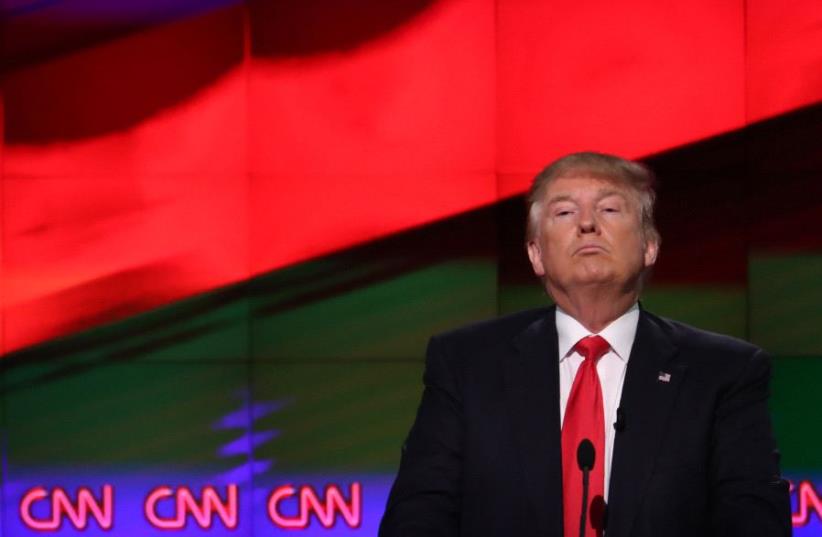 Donald Trump
(photo credit: REUTERS)
Advertisement
President Donald Trump paid $38 million in taxes on more than $150 million in income in 2005, the White House said on Tuesday, responding to an MSNBC report that the network had obtained two pages of the returns.MSNBC host Rachel Maddow said she received the documents from journalist David Cay Johnston, who said on her show that he received them in the mail.The returns, which MSNBC posted on its website, showed Trump paid an effective federal tax rate of 25 percent in 2005 after writing off $100 million in losses.The White House said in a statement that Trump took into account "large scale depreciation for construction." Trump has repeatedly refused to release his tax returns, drawing criticism throughout his campaign last year and speculation from his political rivals he was hiding something.A New York Times report in October said Trump, a New York real estate developer, declared a $916 million loss on his 1995 income tax returns. The newspaper said the large tax deduction could have allowed him to avoid paying federal income taxes for up to 18 years.But the returns posted by MSNBC on Tuesday showed that he did pay taxes in 2005. The returns do not indicate whether he paid taxes in other years or how much he might have paid. The Washington Post reported last year that Trump paid no federal income taxes for at least two years in the late 1970s.The White House said in a statement on Tuesday that Trump, as head of the Trump Organization, had a responsibility "to pay no more tax than legally required." Presidents and major candidates for the White House have routinely released their income tax returns.Trump says he has not released his tax returns because they are under audit by the Internal Revenue Service. Experts say an IRS audit does not bar someone from releasing the documents.During a September presidential debate, Democratic candidate Hillary Clinton criticized Trump, a Republican, for paying no federal income taxes."That makes me smart," he responded.Trump has feuded with the media since his inauguration, often accusing it of promoting "fake news" intended to undermine his presidency."The dishonest media can continue to make this part of their agenda, while the President will focus on his, which includes tax reform that will benefit all Americans," the White House said on Tuesday.