Trump resigned his membership in the American actors union before it met to decide whether to expel the former TV reality star. 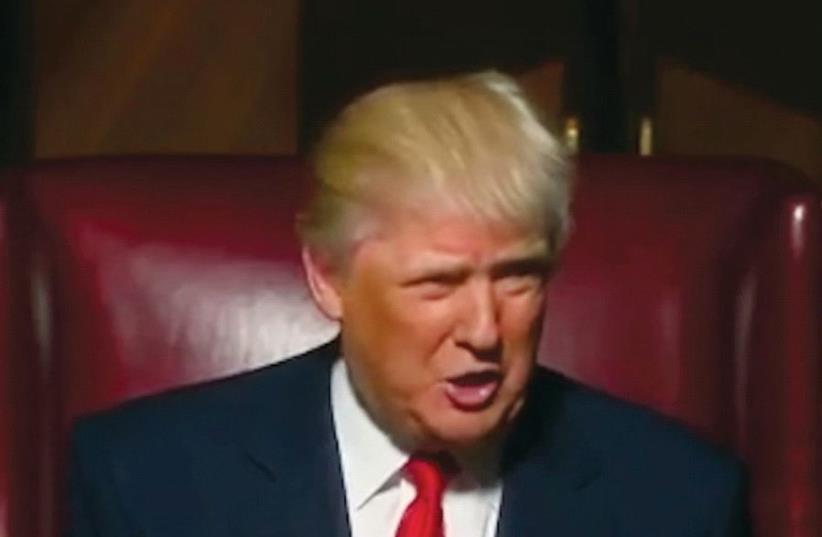 Donald Trump as star of the successful reality TV show ‘The Apprentice.’
(photo credit: YOUTUBE SCREENSHOT)
Advertisement
Former President Donald Trump on Thursday resigned his membership in the American actors union before it met to decide whether to expel the former TV reality star from its ranks.
SAG-AFTRA, which represents some 160,000 actors, journalists and other media professionals, said last month its disciplinary committee would meet to decide on action regarding Trump's role in the Jan. 6 attack on the US Capitol that left five people dead.
"Who cares!" Trump wrote in a letter that the union released. "I no longer wish to be associated with your union."
"Thank you," the guild responded in a two-word statement.
Trump earned his SAG membership from his appearances as himself in a slew of Hollywood films and TV shows ranging from "Home Alone 2" to "Sex and the City" in the early 1990s.
He cemented his celebrity status as host and producer of the TV reality series "The Apprentice" and spinoff "Celebrity Apprentice" from 2004-2015.
"While I’m not familiar with your work, I’m very proud of my work," Trump wrote SAG-AFTRA President Gabrielle Carteris.
"This letter is to inform you of my immediate resignation from SAG-AFTRA. You have done nothing for me," he added.
The US House of Representatives voted to impeach Trump on Jan. 13, charging him with inciting an insurrection. Trump, a Republican, left office on Jan. 20 after losing re-election last year. He faces trial in the Senate next week on the impeachment charge.
SAG-AFTRA last month said Trump had "attacked the values that this union holds most sacred – democracy, truth, respect for our fellow Americans of all races and faiths, and the sanctity of the free press."
The union had not said when the meeting would be held. Fox News reported that Trump's disciplinary hearing was set for this week.