US House edges toward contempt charges against Trump aide Bannon

The Democratic-led Select Committee probing the January 6 assault on the Capitol voted unanimously on Tuesday in favor of the charges.

The US House of Representatives is expected on Thursday to approve contempt-of-Congress charges against Steve Bannon, a longtime aide to former President Donald Trump, for refusing to cooperate with the probe into the deadly attack on the Capitol.

Bannon has refused to comply with committee subpoenas seeking documents and his testimony, citing Trump's insistence - disputed by some legal scholars - that his communications are protected by the legal doctrine of executive privilege.

The Democratic-led Select Committee probing the January 6 assault on the Capitol voted unanimously on Tuesday in favor of the charges. That set up the vote in the full House, where Democrats hold a slim majority.

Approval will refer the matter to the Department of Justice, where the US Attorney's Office for Washington said it would evaluate the issue.

An 1857 law, known as the contempt of Congress statute, states that the Justice Department has a "duty" to bring a House contempt citation before a grand jury. 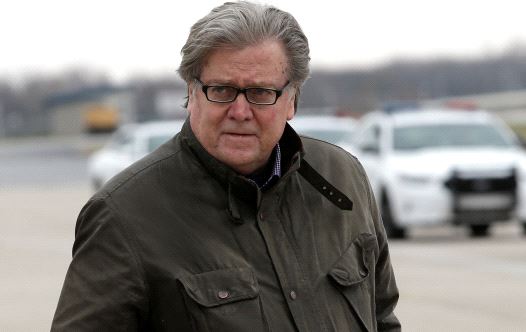 But the Justice Department historically has said it makes the ultimate decision about whether to prosecute individuals who defy congressional subpoenas. The last successful prosecution for contempt of Congress was in 1974 when a judge found Watergate conspirator G. Gordon Liddy guilty of the offense.

Most congressional Republicans opposed creating a commission to investigate the events surrounding Jan. 6, when thousands of Trump supporters descended on the Capitol after his fiery speech urging them to protest his defeat by Democrat Joe Biden in the November 2020 election that he falsely claims was "stolen."

Only two Republicans - Representatives Liz Cheney and Adam Kinzinger - are on the nine-member Select Committee. All four Republican members of the Rules Committee voted no on Wednesday when the matter came before that panel, which is responsible for setting the terms of debate for Thursday's vote.

The four were also among the 139 House Republicans who voted on January 6 against certifying Biden's election victory, even after the attack on the Capitol.

Representative Tom Cole, the rules panel's top Republican, said the contempt referral is part of a punitive process that will not help the Select Committee obtain information.

The Select Committee's actions "are a complete assault on Americans' liberties," said Representative Jim Jordan, a Republican who testified against the contempt recommendation at the rules hearing.

Four people died on the day of the assault, and one Capitol police officer died the next day of injuries sustained in defense of the seat of government. Hundreds of police officers were injured and four have since taken their own lives.

Trump has continued to insist falsely that his defeat was the result of fraud. Multiple courts, state election officials and members of Trump's own administration have rejected that claim.