Washington reacts to recent wave of rocket attacks in Israel

"We strongly support Israel's right to defend itself and its people against acts of terror," the progressive Jewish group J Street said. 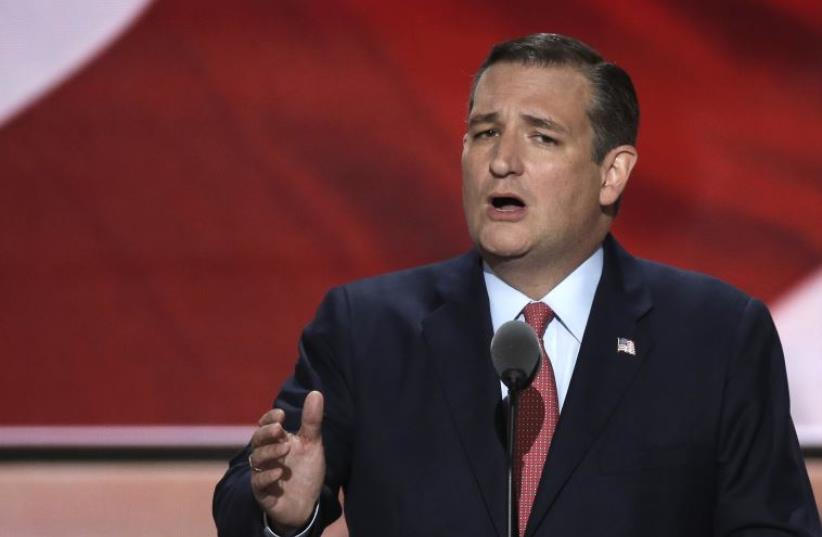 Former Republican US presidential candidate Senator Ted Cruz speaks during the third night of the Republican National Convention in Cleveland, Ohio, U.S. July 20, 2016
(photo credit: REUTERS)
Advertisement
WASHINGTON - Political figures and organizations both on the Left and the Right reacted on Monday to the latest round of escalation in which the Palestinian Islamic Jihad fired over 100 rockets at Israel over 24 hours.
Senator Ted Cruz (R-Texas) shared a report about a rocket that hit the city of Sderot, landing next to a children's playground, tweeting: "This is wrong. This is cowardly. This is disgusting. This is something every single one of my colleagues in Congress should be able to agree upon – that Israeli children should not have to live their lives in fear of terrorist rockets raining down on them."
Congressman Ted Deutch (Florida-22nd District), Chairman of the House Foreign Affairs Subcommittee on the Middle East, said in a statement: "Israelis and Palestinians do have the right to live in peace and security. The rocket attacks from Palestinian Islamic Jihad against Israel threaten the security of innocent Israelis and Palestinians. I strongly condemn these ongoing attacks."
The Anti-Defamation League issued a statement as well. "We are deeply concerned by dozens of rockets fired by Palestinian Islamic Jihad from Gaza at southern Israeli cities and towns," the organization tweeted. "Our thoughts are with those under attack, and we hope the situation de-escalates quickly."
The progressive Jewish group J Street reacted as well. It said in a statement that the organization is "deeply concerned by the latest fighting between Israel and the terrorist group Palestinian Islamic Jihad (PIJ), which over the past 24 hours has launched a barrage of rocket attacks toward the Israeli South – while Israeli forces have responded with air strikes in the Gaza Strip and Syria.
"We are deeply worried about the well-being of the Israeli communities that are now living under imminent risk from rockets and other threats, and we strongly support Israel's right to defend itself and its people against acts of terror," J Street added. "Our thoughts are also with the civilian population of Gaza, who once again are faced with the prospect of being caught in the crossfire of a new round of conflict that would only further exacerbate an already severe humanitarian crisis."
The statement continued: "We fear that PIJ's efforts to incite clashes and further destabilize the region could lead to another major escalation in violence, with disastrous consequences for civilians on both sides. We hope that these attacks will come to an end and that a ceasefire can be restored and enforced. Ultimately, only sustained and serious diplomacy with the active participation and encouragement of the international community can bring lasting security and relief to the people of Gaza and to the Israeli South."