Kanye West wants to take back 'ignorant compliment' about Jews

West came under fire for November comments he made about Jewish connections in Hollywood. "I don't know how being told you have money is an insult." 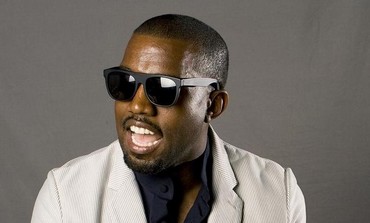 Recording artist and songwriter Kanye West wants to take back an “ignorant compliment” he made about Jews, saying he didn’t mean it.He told the Chicago-based radio station B96 on Thursday that he was unaware his comment comparing Jews and Blacks would be so ill-received, adding that it was taken the wrong way.“I thought I was giving a compliment, but if anything it came off more ignorant,” he said. “I don’t know how being told you have money is an insult.”He said that he’d like to officially “take that statement away.”West defended US President Barack Obama against critics in November, mainlining that the American leader lacks the connections of the Jewish people.Speaking on The Breakfast Club morning radio program on New York hip-hop and R&B station Power 105.1, West said: “Let me tell you something about George Bush and oil money, and Obama and no money. People want to say Obama can’t make these moves, or he’s not executing. That’s because he ain’t got those connections. Black people don’t have the same level of connections as Jewish people.Black people don’t have the same connections as oil people. You know we don’t know nobody that got a nice house. You know we don’t know nobody with paper like that, that we can go to when we’re down.”The incident did not mark the first time that West had made comments which raised eyebrows among Jews.In 2011, he was booed at a concert in England after comparing himself to Hitler.