L'Chaim! 'Fiddler on the Roof' to return to Broadway 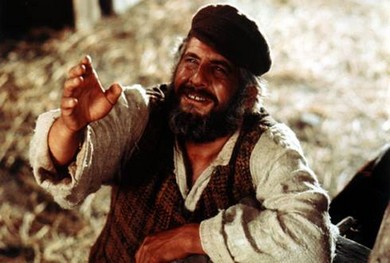 The story of Tevye, a poor Orthodox Jew in 1905, his nagging wife Golde, and his five beautiful daughters in search for love will be returning to Broadway after a nine year hiatus, the New York Times reported last week."Fiddler on the Roof" is scheduled for a 2015 revival on New York City's 'Great White Way.'Are you getting excited? If that isn't enough of a reason to get up and do a bottle dance, the fifth revival of the classic musical will be directed by Tony Award winner Bartlett Sher, and produced by Jeffrey Richards and Jerry Frankel, the Times blog said. 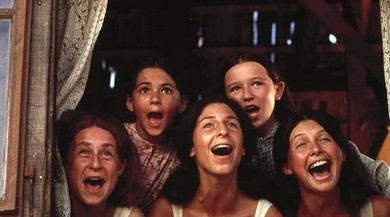 There are no final talks on casting as of yet, however the Times reported a rumor that Director Sher is currently in discussions with Tony Award nominated Danny Burnstein to play the iconic role of Tevye, originally made famous by Zero Mostel who starred in the original Broadway cast. It was Haim Topol however who starred in the 1971 feature film, as well as the original West End production.
The revival is expected to open in 2015, however no venue for the show has yet been announced. This version of the classic will be based on the choreography of the original Broadway cast's director, but will be lead by Israeli-born dancer Hofesh Shechter, according to the Times. Shechter owns a dance company in Britain however has been known to perform all over the world. The Jewish musical has been playing in Hebrew at the Cameri Theater in Tel Aviv since 2008 and continues to extend its run and has received outstanding reviews in its entire six-year run. Joseph Stein authored the book for the play, music was composed by Jerry Brock, and Jerome Robbins staged and choreographed the first production which opened on Broadway in 1964, winning nine Tony Awards including best musical, best composer and lyricist, and best direction and choreography. 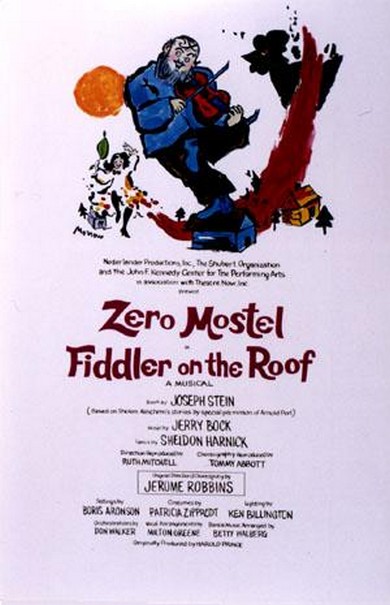 “Fiddler on the Roof,” a musical drama based on stories by Sholem Aleichem, depicting Jewish life in a Czarist Russian “shtetl,” was voted in 1965 by the New York Drama Critics Circle as the best musical on the Broadway stage.