The Boxettes, an all-female vocal group, will perform in Israel for the first time as part of the Holon International Women’s Festival. 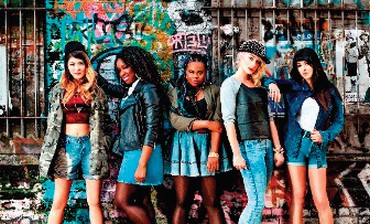 FILM 1. DO OR DIE In the heart-stopping action thriller 3 Days to Kill, Kevin Costner plays a terminally ill international spy determined to give up his high-stakes life to build a closer relationship with his estranged wife and daughter. But first, he must complete one last mission – to hunt down the world’s most ruthless terrorist. OPERA 2. AGE-OLD STORY Don Pasquale opened this week at the Israeli Opera. Donizetti’s beloved comic opera about an old man who wants to marry a young girl is sung in Italian, with English and Hebrew subtitles.The next performances are tomorrow at 1 p.m., and all other evenings at 8 p.m. For tickets and more information, go to www.israel-opera.co.il or call (03) 692-7777.ART 3. PROVOCATIVE LOOK Renowned American artist Andres Serrano will be the guest speaker at the Special International Guest Lecture series of the Israel Museum, Jerusalem. Serrano, who has an exhibition at the Musrara School of Art, will talk about his journey as an artist and his work (in English).

Tuesday at 7 p.m. Israel Museum, Springer Auditorium. Free with museum admission.THEATER 4. TRAGIC LOVE STORY The TNT British Shakespearean Theater Group will perform a new production of Romeo and Juliet in Jerusalem. The professional group is part of the ADG Europe group. (www.adg-europe.com).Thursday at 8 p.m. at Beit Shmuel, Jerusalem.For tickets, call (02) 620-3463.MUSIC 5. BEETHOVEN IN THE MORNING Following last year’s success, the Jerusalem Symphony Orchestra opens a new series of Friday morning concerts, performing Beethoven’s symphonies in a relaxed atmosphere. The first concert will take place next Friday at 11:30 a.m. at the Jerusalem Theater. On the program are the composer’s Symphonies No. 1 and 5.For tickets, call 1-700-704-000.6. FREE AS THE WIND The IDF Orchestra will perform a free concert on Monday as part of the International Wind Instruments Contest at the Kfar Saba Conservatory. The contest, which is open to the public, will take place between February 23 and March 1.

For more information and free tickets, call (09) 764-0810.7. MUSIC FOR SOLIDARITY The Jerusalem Zappa Club is hosting a special fund-raising performance for the Reut Medical and Rehabilitation Center.Evyatar Banai, Etti Ankri and Erez Lev-Ari will perform, in the presence of Jerusalem Mayor Nir Barkat.

Sunday at 9:30 p.m. For more information, go to www.zappa-club.co.il or call *9080.8. HEAVY ON ICE American veteran heavy metal band Iced Earth is coming to Israel to perform a concert at the Reading 3 Club. NIS 249.Saturday at 8:30 p.m., 3 Reading Street, Tel Aviv. For tickets, go to www.eventim.co.il.MUSIC 9. SINGING OUTSIDE THE BOX The Boxettes, an all-female vocal group featuring beat-box champion Bellatrix and four of London’s finest vocalists, creates mesmerizing and inspiring alternative urban pop music. The group will perform in Israel for the first time as part of the Holon International Women’s Festival.March 7 in Holon.DANCE 10. INTRODUCING INTRODANCE The Dutch dance company Introdance is coming to Israel for the first time with Ed Webb’s work Messiah set to Handel’s music, as well as other dance pieces.March 19 to 22, Herzliya Performing Arts Center. For tickets and information, 1-700-702-929; www.hoh-herzliya.co.il
Advertisement
Subscribe for our daily newsletter