The post is retweeted 7,000 times before being deleted just eight minutes later in what is the pop superstar's second "Palestine" controversy. 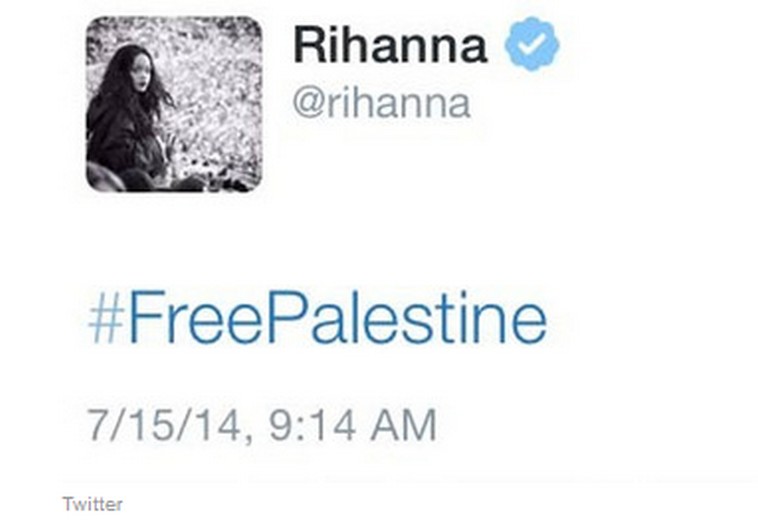 Rihanna's controversial tweet
In those eight minutes the controversial tweet was retweeted over 7,000 times, according to NY Magazine. Entertainment news website TMZ claimed that the Barbadian singer removed the tweet after she was inundated with questions from fans asking if she supported Hamas.Hours after her initial posting was removed, she tweeted "Let's pray for peace and a swift end to the Israeli-Palestinian conflict! Is there any hope?....," E! News reported.This isn't the first time Rihanna has gotten into hot water regarding the Israeli-Palestinian conflict.In October 2013 she performed to a crowd of thousands in Tel Aviv. Following the show, Ha'aretz reported that Rihanna substituted the lyric "All I see is dollar signs" with the phrase "All I see is Palestine" in her song "Pour it Up," and the controversy was quickly picked up by Israeli and Arab media, eventually making its way to American aggregators.It turned out, however, that upon scrutiny of a fan video taken at the concert, Rihanna had in fact performed the original lyrics to the song.