Robin Williams, remembering the man of many voices

In his filmography spanning over 30 years, viewers have plenty to cherish. 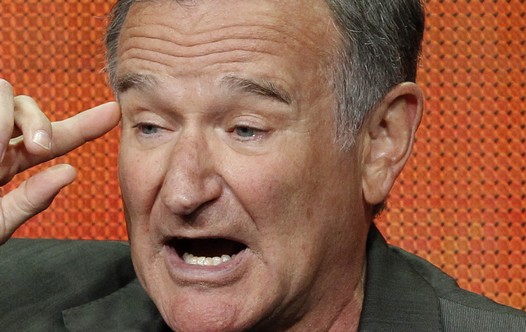 When a comedian ventures into dramatic territory, the move is lauded as bold, daring, and playing against type. Robin Williams, though, never warranted such a compliment. Because he never had a type. The dimensions to his talent were endless.There was stand-up Robin – who zigzagged across the stage mocking everything from the absurdity of beltway politics to the differences between croquet and golf in his HBO specials.There was interviewee Robin – who left his interviewers practically breathless and gasping for air as he regaled audiences with Elvis, George W. Bush and Jack Nicholson impressions, all within the span of a minute.There was Robin the concerned citizen – who went on WSO tours to lift the spirits of troops fighting in Afghanistan and Iraq.But the world will most likely remember Robin the actor. Yes, he did make us laugh. But he took on roles that were also serious, thought provoking and, at times, terrifying. There could never be one role to encapsulate him. He was just Robin.Below are some of the roles that illustrate his diversity:

Insomnia and One Hour Photo   In 2002, viewers were able to see a very different side to Williams.In the Christopher Nolan psychological murder-mystery thriller Insomnia, Williams plays Walter Finch, the prime suspect in a murder case, who draws the detective pursuing him (played by Al Pacino) into a dangerous cat-and-mouse game. Williams is shrewd, cunning and sinister in the role. It’s no mean feat to go head to head against Pacino (especially when the actor is at the top of his game, as he is here), but Williams matches him line for line, scene for scene.If viewers weren’t unnerved enough by that first performance, One Hour Photo certainly proved that Williams was quite comfortable as the villain. Here, Williams – at first glance – is your friendly photograph developer at the neighborhood drug store. However, it doesn’t take long before he develops an obsession with the Yorkins, a picture-perfect family that frequents the store. Things escalate quickly in this harrowing tale of a lonely stalker with nothing to lose, and Williams is eerily believable as a man whose madness pushes him over the edge.  Mrs. DoubtfireOften, the films one grows up on as a child rarely hold up when viewed again with adult (often jaded and cynical) eyes; the jokes are too corny, the lines trite and unrealistic. This is not the case with Mrs. Doubtfire, a movie that is constantly on television leaving young and old viewers in stiches. Even the most stern viewer would not be able to look away during one of the most seminal makeover scenes in film history: the transforming an uncouth, hairy, middle-aged man into a prim and proper British nanny. Williams sports at least four different looks in that scene, each eliciting its own unique impression.It’s a true testament to his chameleon-like skills as an actor that he adapts his facial expressions, voice and mannerisms to each look. Whether it be bursting into song singing Fiddler on the Roof’s “Matchmaker” as a Jewish yenta, channeling Norma Desmond in Sunset Blvd., or Barbara Striesand in Funny Girl, Williams is present, making sure his tone of voice is attuned to whatever shade of rouge or color wig is on him.

The BirdcageFor once in his comedic career, Williams isn't the most over-the-top performance in the room. That task is left to Nathan Lane, who plays his long-term significant other. The two own (and live above) a gay nightclub in Miami and are forced to conceal and alter their identity in order to be accepted by their right-wing potential in-laws (played by Gene Hackman and Dianne Wiest) visiting from out of town.“It’s okay. It’s alright. It’s fine. Just shut up, God damnit!” Williams shouts to his maid and son in the kitchen as he downs scotch from the bottle while hastily grabbing a pot full of the sludge-like soup to serve his increasingly confused guests. In the dinner scene where everything that could possibly go wrong does (with hilarious results), Williams is masterful as a man trying to keep the charade going to the best of his ability.  AladdinNo other character represented the manic, animated and highly charismatic aspects of his personality more than the Genie in Aladdin. The magical Genie who served as Aladdin’s primary source of encouragement became the highlight of the film because of Williams’s voice work. So impressed were the Hollywood Foreign Press by his performance that they gave him a special award for his performance.
However, the true measure of his success is the fact he brought a character to life that resonated with millions of children and adults, was revered by critics and has provided actors with a benchmark as to how voice acting should be done. Good Will Hunting“It’s not your fault,” Sean Maguire tells Will Hunting in the touching Gus Van Sant drama. He repeats that mantra until an emotionally exhausted Hunting breaks down in tears in Maguire’s office. Playing a beleaguered, tired and lonely psychologist at a community college, Maguire dedicates his time desperately trying to help the troubled Will. The performance is genuine, intense and earned him his first – and only – Oscar.The past few years have seen Williams make some questionable choices. Films like Night at the Museum and Old Dogs certainly don’t reflect what he’s capable of as an actor. But in his filmography spanning over 30 years, viewers have plenty left to cherish.