The King of the Bs

Roger Corman: the moviemaker with a million stories.

By HANNAH BROWN
JUNE 11, 2010 21:58
roger corman tel aviv 311
(photo credit: Eli Zuta)
Advertisement
Roger Corman, tall, handsome and still energetic at 84, graciously bids good-bye to one interviewer and greets another in his suite in Tel Aviv. But while he may seem like one of your father’s golfing buddies, he’s actually the rarest of creatures: a legend in his own time.RELATED:
Graduates of the Corman filmmaking academy Corman, who is here to teach a master class at the Tel Aviv International Student Film Festival, which runs through June 13, is known as the Godfather of Independent Filmmaking, or the King of the Bs (B movies, that is). He has more than 500 producing credits (and he’s also directed over 50 films), virtually all of them low-budget genre movies. Many are ultra low-budget films, with titles like The Beast with a Million Eyes, The Saga of the Viking Women and Their Voyage to the Waters of the Great Sea Serpent, Teenage Caveman, Stakeout on Dope Street, Tales of Terror, Voyage to the Planet of Prehistoric Women (a.k.a. Gill Women of Venus), Caged Heat and – the list goes on.These movies, which were all made on a shoestring and aimed mostly at teenagers, are exuberant fun, often so bad they’re funny and a bit (or more than a bit) tongue-in-cheek. Others are actually suspenseful and, depending on your age and temperament, even scary. They are characterized by now-obsolete special effects (like ordinary crabs photographed in close-up and then projected behind the actors, for example). One of many Corman myths is that in The Beast with a Million Eyes, the director made the titular beast out of teakettle with holes poked in it.Corman, a family man who grew up solidly middle class in Detroit and Los Angeles and has a degree in engineering from Stanford, takes great pride in his down-and-dirty filmmaking ethic. He titled his 1990 autobiography How I Made 100 Films in Hollywood and Never Lost a Dime. His lack of pretension is charming, but he is anything but simple. He has had an uncanny ability to exploit trends, even to be in the vanguard of them. When the US changed in the late 1960s, Corman changed with it, adding more sex into his films (there are some series from the period about private nurses and women’s prisons). More important, his films went on to examine the biker culture, in movies such as The Wild Angels, a very violent 1966 look at Hell’s Angels starring Peter Fonda, Bruce Dern and Nancy Sinatra, and the drug culture, in The Trip, also starring Dern and Fonda, but with Dennis Hopper as well. If that weren’t enough to put him on the cinematic map, he also made a series of films, mainly in collaboration with Vincent Price, based on the work of Edgar Allen Poe, that received rave reviews, including The House of Usher, The Pit and the Pendulum and The Raven (which also starred horror movie elder statesmen Peter Lorre and Boris Karloff). A surprising number of his films have become cult classics, notably the 1960 black comedy Little Shop of Horrors, which was filmed in two days and went on to a second life as a Broadway musical and then a big-budget musical movie. But Corman’s most valuable contribution may have been as a mentor to some of the most gifted filmmakers and actors, an extraordinary number of whom got their first big break from him. The list of directors includes Francis Ford Coppola, Martin Scorsese and James Cameron, while actors Jack Nicholson and Robert De Niro made their breakthrough films with him.IT’S HARD to overestimate Corman’s influence on the movies of today. “A lot of the directors loved the excitement of my films when they were young and they’ve gone on to make similar movies on a bigger budget,” says Corman. He quotes proudly from New York Times critic Vincent Canby’s review of Steven Spielberg’s 1975 megahit Jaws: “What is Jaws if not a Roger Corman movie on a big budget?”Asked whether James Cameron’s Avatar could also fit that description, Corman smiles. “Yes, Avatar did seem that way to me,” he says. But although Corman’s frugality as a director is the stuff of legend (when he went on location, he would shoot enough to set at least one more film there; he reused special effects scenes and pieces of music in various films, etc. ), he is full of admiration for his big-spending former protégés. “With Avatar and [Cameron’s previous film] Titanic, sure, he spent huge amounts of money, but I could see it up on screen. The effects were so striking, they were phenomenal. He created a whole world. What I don’t understand is when you see a movie that costs $90 million, and it’s just two people sitting in a room talking.” But he doesn’t have budget envy, and in fact has turned down the opportunity to work 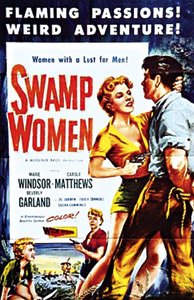 on bigger budget films in which he would not have had as much control over the finished product.  A historical drama he planned to make about Confederate Gen. Robert E. Lee fell by the wayside because “United Artists, the studio financing the film, thought I needed a bigger budget. They said I couldn’t make it with the budget I wanted, but I’m convinced I could have.” He chose not to lose control and let the production get bloated. Another proposed epic, about Native American Crazy Horse, suffered a similar fate. “I’d still like to make Crazy Horse,” he says. “But I won’t work with a major studio.”The director, who often infuses his films with his liberal politics – his 1962 film, The Intruder, about integration and civil rights starred a pre-Star Trek William Shatner –  says he had no reservations about visiting Israel or participating in a cultural event here. “I got no negative reactions from anyone when I told them I was coming,” says Corman, who was here previously in the early ’90s as a guest of the Jerusalem Film Festival. “I’m surprised you’re even asking about it.”He recently caught up with the Israeli film Waltz with Bashir, which he thought was “wonderful.” Asked whether Israel could potentially become a center for profitable genre filmmaking and not only for art films, he says, “I don’t see any reason why not. Films made here are good technically, and the rest just depends on how good the filmmaker is.”In his master class, he plans to tell his audience, “Story is the most important element,” and to stress pre-production. “It’s important to prepare, to do another draft of the screenplay. There’s no point putting a lot of work into the movie if the story isn’t right.”He admits to occasionally being puzzled at which of his films succeeded and which fell by the wayside. “In 1978, we had two movies coming out, Avalanche, starring Rock Hudson and Mia Farrow, and Piranha, which had no stars. But Piranha was a huge hit and Avalanche didn’t do that well. It was the opposite of what we thought would happen.”The drive-ins and grind-house theaters that showed most of Corman’s movies are now long gone, but Corman continues to work. Although he directed his last film, Frankenstein Unbound, in 1990, he still produces, although his pace has slowed a bit with age. “I don’t make 10-12 movies a year anymore,” he admits. “I make four orfive.” His latest film is Dino-Shark, and, as withso many Corman films, the title says it all. Corman, who actsoccasionally (he appeared as a US senator in GodfatherII), has a cameo as a marine biologist. “The budget was $1million, which is not much to studios these days, but $1 million is $1million,” he says, sounding just a bit sheepish. “They want a sequelthat they want me to call Shark-Topus.” Dino-Shark was made for a science fiction televisionnetwork. Most of Corman’s films over the last few years have been forvarious pay-TV networks. “A lot of the energy and the themes of the older low-budget filmmakinghave gone into television, specifically pay TV [like HBO],” he says. Aseries such as The Sopranos, he notes, doesn’t haveany big effects or big names, “But it’s gripping and fast-paced.”There’s time for one last question, and I have to ask: Was it really ateakettle in The Beast with a Million Eyes?Corman smiles and shakes his head. “No, it wasn’t a teakettle, “ hesays firmly, but admits: “It was a container of some kind.” And yes,steam  pouring through these holes was the special effect.Corman says that sometimes he looks at his older films and thinks: “Icould have done that better with a little more money.” But he doesn’tbrood, in fact, he takes the reverse tack, saying, “I did the best Icould with the money I had.”
Advertisement
Subscribe for our daily newsletter