How did Bernard Madoff pull it off? 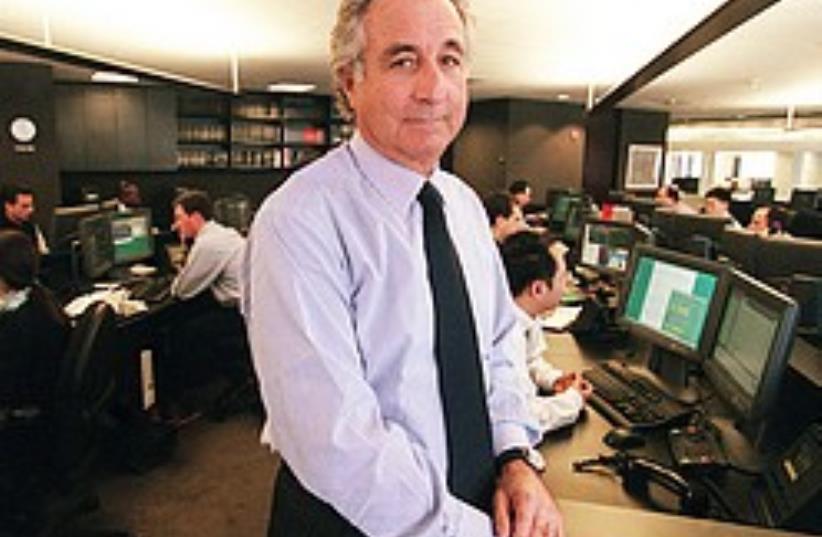 Disgraced financier Bernard Madoff.
(photo credit: AP)
Advertisement
The BelieversBy Adam LeBor | Weidenfeld & Nicolson | 280 pages | £18.99Inthe spring of 2007, at the Lipstick Building in midtown Manhattan,financier and philanthropist Bernard Madoff, chairman of the board ofYeshiva University's School of Business, convened a meeting of thecommittee searching for a new dean. A gentleman, soft-spoken, friendlyand charismatic, Madoff commanded the respect of faculty as well as hisfellow trustees. They didn't suspect that two floors below the pioneerof electronic trading and founding father of the NASDAQ was conductingthe biggest investment fraud in modern history. Or that in 2009, Madoffwould be inmate No. 61727-054, a "planetary pariah" serving a 150-yearsentence at the Butner Federal Correctional Complex in North Carolina.In The Believers,Adam LeBor, a journalist based in Budapest, provides a clear andconcise account of Madoff's scam. A master of the art of "affinityfraud," LeBor reminds us, Madoff targeted his fellow Jews. He enlistedrespected religious and community leaders to spread the word aboutBernard L. Madoff Investment Securities, played hard to get,"reluctantly" accepted new investors and (reversing the usual appeal ofthe Ponzi scheme) delivered steady, above average returns of 10 percentto 12% a year, instead of spectacular profits.His ownphilanthropy enhanced his credibility. A mensch, giving his time andmoney to charitable institutions, Madoff acquired a reputation assomeone interested in the betterment of the Jewish people and societyin general. His clients included Nobel Laureate Elie Wiesel and MortZuckerman, the real estate magnate and publisher of the New York Daily News.Madoff's"split-strike" conversion strategy, which involved simultaneouspurchases of "put" and "call" options on shares, seemed plausible tonovice investors. Savvy clients who knew better, LeBor suggests, simplysuspected that he didn't want to reveal how he "really" did it.Reassured by the market-beating returns he generated, year in and yearout, and his policy of charging no fee for money management (because hemade "enough" from commissions on share trades), they looked the otherway. "There was a mystique around him," one professional told LeBor. Heseemed to know everybody who was anybody on Wall Street, in the FifthAvenue Synagogue in New York City and at the Palm Beach Country Club inFlorida. And to exude - and induce - confidence.Madoff'sreputation may have prevented the Securities and Exchange Commissionfrom investigating his operations in the 1990s. Along with many othercritics, however, LeBor makes a compelling case that the scandal isevidence of systematic failures in the US governmental agencies chargedwith regulating financial institutions. The SEC, he points out, isunderstaffed and underfunded. An enforcement division of 1,000 SECofficers is responsible for monitoring 11,300 investment advisers,4,600 mutual funds, more than 5,500 broker dealers and 676,000registered representatives (in 174,000 branch offices) and 12,000public companies. Little wonder, then, "that some frauds willinevitably fall through the cracks."
But "none of the above"explains the lack of due diligence by the SEC in the Madoff case.After all, the commission received several complaints about Madoff'soperations from Harry Markopolos, a portfolio and certified fraudexaminer, who listed 29 red flags, including evidence that thesplit-strike strategy, to which only family members were privy, wasmathematically impossible. Despite a tendency to overdramatize and aprickly personality, Markopolos had provided a specific road map tothe fraud.Riven by turf wars, however, and burdened byobsolete regulations, SEC officers in Boston and New York did notwelcome advice from outsiders. They talked with Madoff, failed todiscover that he produced tens of thousands of fake trading slips torecord transactions that had never occurred and took no action.Andso, Bernie Madoff got away with it. For decades. When he was caught,LeBor writes, he became the most vilified man in America, a posterboy for the crimes and misdemeanors of financial institutions thatcaused the greatest economic crisis since the Great Depression.Zuckerman's newspaper proclaimed that "Madoff will getpunishment only when he is in hell."LeBor's comparisonof Madoff with Slobodan Milosevic, the former president of Serbia,seems over the top, but he's probably right to characterize both menas sociopaths, with no shred of human empathy for theirvictims.Wiesel, LeBor reveals, remains enraged at Madoff. Forviolating key tenets of Judaism, including honesty in business, andfor preying on his own people. The punishment he recommends is a formof psychological torture somewhat similar to the flow of faces ofvictims of the Nazis at Yad Vashem. Confined to a solitary cell,Madoff would have no alternative but to stare at a screen, and onthat screen, every day and every night, there should appear men andwomen who lost everything, or almost everything, because of him. Andthey would say, "Look, look what you have done to this poorlady, look what you have done to this child, look what you havedone."But, alas, as the shock wears off, LeBor predicts,Americans will resume their love affair with money and acquisition:They'll "await the next Shabbetai Zvi, who will marry not theTorah, but an investment prospectus, and lead them dancing into abright new world."The writer is the Thomas andDorothy Litwin Professor of American Studies at Cornell University.
Advertisement
Subscribe for our daily newsletter