An offer you can refuse

‘Honor’ looks at the Mafia, Israeli-style. 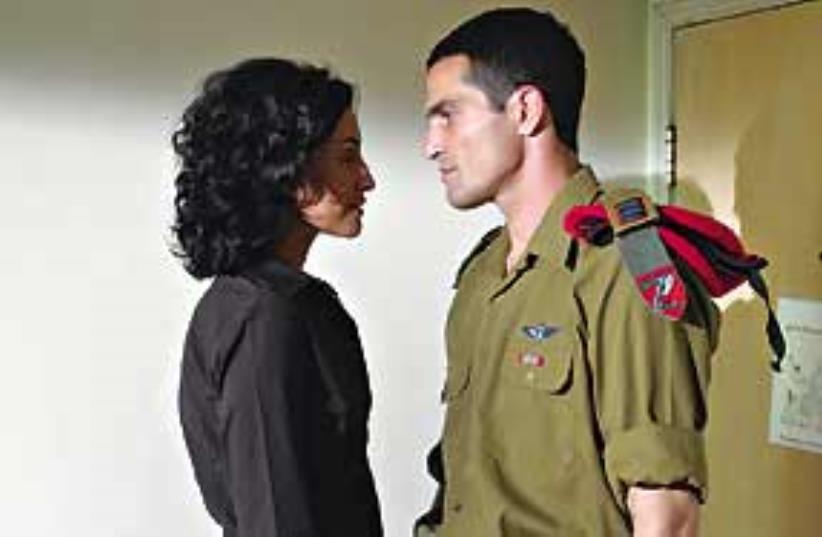 movie311
(photo credit: Courtesy)
Advertisement
HH
HONOR (ISR)
Written and directed by
Haim Bouzaglo. 110 minutes. Hebrew title: Kavod. In Hebrew, with a little French and Arabic, no subtitles. They say imitation is the sincerest form of flattery, and if this is true, then Francis Ford Coppola must feel very pleased with Haim Bouzaglo’s latest movie, Honor. It’s a scene-by-scene reworking of The Godfather, Israeli-style, except for a few scenes in which it apes Martin Scorsese’s Goodfellas and The Sopranos. The acting is mostly good and, at times, it’s fun to note the differences between Mizrahi Israeli crime families and their Sicilian counterparts abroad. But the lack of originality begins to nag as the movie goes on, as does the absence of memorable characters. If there is any point to the movie, it’s to show how these Moroccan crime families developed to fight The [Askhenazi] Man, and so, since these mobsters are really warriors for social justice, they are surprisingly nice. Sure, there are a couple of clumsily staged brutal murders, but mostly, this is a walk on the mild side. The cast list is a who’s who of Israel’s veteran actors. A surprisingly subdued Ze’ev Revach, once the king of Israeli cinema, plays Don Corleone – uh, I mean Leon Marziano, the patriarch of one of two rival crime families. He’s the moral mobster, the one whose credo (like Corleone’s) is “no drugs.” His competitors are the marginally slimier Bardugos, a family controlled by two brothers. One, Herzl Bardugo (could that first name have some symbolism?), played by the always irritated Shmil Ben Aari, is in jail, but he still participates in Friday night dinners via cell phone. His brother, Amos (Amos Lavie), is in charge in his absence, but Amos gets involved with a coked-up Czech call girl, a storyline that neatly combines Tony Soprano’s Russian girlfriend scenario and Henry Hill’s second mistress in Goodfellas. There’s a certain amount of plot that revolves around a very forgettable group of police officers trying to crack down on the mobsters (lots of luck, as we know all too well from real life), and a bitter fight over control of a casino in Serbia, not a very attractive substitute for Las Vegas. Leon Marziano, a family man, has a son, Miro (Liran Levo), who is a decorated IDF officer, and he fulfills the Michael Corleone role to a T. When a member of the Marzianos, the weak-willed older son (think of Fredo Corleone) gets involved with some Arab heroin dealers in a bid to prove his independence from his more charismatic brothers and father, a chain of events is set into motion that starts a war between the two families. But the Marziano’s straight-arrow son Miro and Denny  (Natali Atiya), the Bardugo’s feminist lawyer daughter, negotiate a peace agreement at a Dead Sea resort, and also, of course, fall in love. But the truce doesn’t hold – a few minor characters get knocked off, and eventually, the movie winds down. Setting a movie like this in Israel provides for a few witty touches,such as plot lines that are resolved at the brit mila for Marziano’sgrandson. You’ll recall that all the loose ends of the plot inThe Godfather are tied up during the christening forthe Godfather’s grandson, but if there were ever a religious ceremonythat lends itself to male-dominated Mafia symbolism, it’s a brit mila. Many actors and actresses wander in and out, do their scenes and leave,such as heartthrob Moran Atias (who has been starring recently on theUS television series, Crash), Marziano’s sexydaughter who falls for the wrong guy; former model Shiraz Tal, asanother daughter; and Reymond Amsalem (last seen in 7 Minutesin Heaven), as the daughter-in-law who gives birth early on. Haim Bouzaglo, a director who moves back and forth between commercialschlock (such as Blind Date) and artistic schlock(Distortion), may emulate Coppola, Scorsese andDavid Chase (the creator of The Sopranos) but let’sjust say he doesn’t represent serious competition for any of them. Allthe storytelling is basic, and he can’t set up a scene so that ittranscends its genre, or its predictability. Being derivative isn’tnecessarily bad, since all directors borrow from films they admire, butthe great ones (and even the good ones) struggle to add something oftheir own to the mix. Bouzaglo doesn’t even seem to try this, so formost moviegoers, Honor will be an offer they canrefuse.
Advertisement
Subscribe for our daily newsletter