Jewish-American actor Franco has played a wizard, a doctor, a gangster rapper, Playboy founder Hugh Hefner and himself, all in a year. 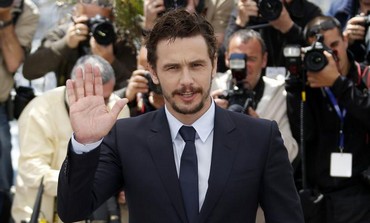 Jewish-American actor James Franco has played a wizard, a doctor, a gangster rapper, Playboy founder Hugh Hefner and himself, all in the past year.In addition to acting, Franco is a teacher, a spokesman for the Italian fashion brand Gucci, a published author, artist and director. Does the 35-year-old actor ever feel like he's taking on too much?Just last week, a funny Franco got his taste of the music video industry with his and Seth Rogen's parody of Kanye West's "Bound 2," a graphically sexual depiction of a motorcycle in motion mounted by a very naked Kim Kardashian.Not likely. In 2013, Franco appeared in big budget films such as "Oz The Great and Powerful" and "This is The End" and smaller independent movies including "Spring Breakers" and his directorial film "As I Lay Dying."In his latest project, the Oscar-nominated actor plays an ambitious small-town Southern methamphetamine dealer in the action film "Homefront," out in US theaters on Wednesday.Franco, taking a break from teaching film courses at three Los Angeles colleges, talked to Reuters about exploring darker characters and if he's ever worried about how people perceive him.Q: What drew you to the villainous Gator in "Homefront"?A: My first reaction was that this could be fun. I saw the character and I thought I could do something with this, and I think it could be a villain that wouldn't just be a cardboard villain.Q: Gator's decisions led both him and those around him down a dark path. Did you empathize at all with his choices?

A: Here's a guy who just has not succeeded in life. He's really tried to pull things together, and he just wants what we all want - a good life, comfort, money, success. And so he's presented with a shot, an opportunity, and unfortunately it means that he has to hurt somebody or kill somebody to fulfill it. So, of course, I don't agree with that, but I can understand somebody that is ambitious or wants to make something out of his life.Q: What do you enjoy about exploring darker characters?

A: Villains can often be one note and I would say in that case, it's not fun to play the villain. It's fun to play the villain if he a) has dimension and b) the villain gets to do all the things in the movie that in life he would get punished for. In the movie, you're applauded for them if you do them with panache. And so that's why it's more fun to play the villain.Q: You have so many projects lined up. Do you ever feel like you're taking on so much?A: Like what, I'm going to have a breakdown or something?Q: No, but maybe you might need to not do anything for a while?A: Why? Like if people are sick of me?Q: No, just for you. Some people may see you in yet another film or a TV show like "The Mindy Project." You're in so many different things that crop up around the same time, do you ever feel your celebrity sometimes overshadows the work that you do?

A: I guess that's just the price I have to pay. It's not like I'm going and begging to do some of these projects. They're favors or they're fun ... I've decided I can't really control people's perceptions of me. All I can do is decide on what I work on and how hard I work on it, so if that's what happens, people think they see too much of me, then oh well.The thing that is wrong about that is that people think I'm doing it just to get attention. No. If I go out and put myself in public or promote something in a big way, it's because I am doing things that are not "The Avengers," that are not "Thor." They need all the promotion they can get because I want them to do well.

Q: How have your career choices changed over the years?A: When I was a young actor, I just didn't understand how to function in this business as an artist. It is a business, it's called the film business for a reason, there's money involved ... But on the flip side, now I do not let the business side of it rule either. It's a balance.When I was younger, I didn't know that I should just listen to my own voice, my own artistic sense of things when I was choosing projects, because one of the biggest creative decisions that an actor can make in the film business is what you will work on.And so I was thinking, 'Ok, I'm supposed to do this project because it'll help my career,' but that didn't work because I ended up doing movies that I worked really hard on but I didn't really like and they didn't turn out well, so it was like I lost double. Once I just started working with people and projects I believed in, everything changed and I suddenly had a career that I loved and that I was proud of. ...Jpost.com staff contributed to this report.
Advertisement
Subscribe for our daily newsletter