Only 100 people have made the list to watch Kardashian and West wed, including Beyonce, Oprah Winfrey, Will Smith and Ryan Seacrest.

By LAUREN IZSO
Bar Refaeli, Kim Kardashian, Kanye West
(photo credit: REUTERS)
Advertisement
Israeli beauty and Internet-savvy supermodel Bar Refaeli can thank her lucky stars that all the time she has spent schmoozing with Hollywood's finest has really paid off. She has been invited to the event of the decade. Only 100 people have made the list. Beyonce, Oprah Winfrey, Will Smith, Ryan Seacrest and Vogue editor-in-chief Anna Wintour are only a few of the fabulous names that have made the cut for this super-exclusive event. It's not an event at the White House, or a Hollywood awards ceremony. Believe it or not, these names lead the list of impressive celebrities that have been invited to witness the long anticipated nuptials of reality TV royalty Kim Kardashian and revolutionary rapper extraordinaire Kanye West.Israel's celebrity gossip king Guy Pines announced Sunday evening on his daily talk-show, "Good Evening with Guy Pines," that the blonde bombshell received an invitation to the May 24th ceremony which will be held in Paris, France. 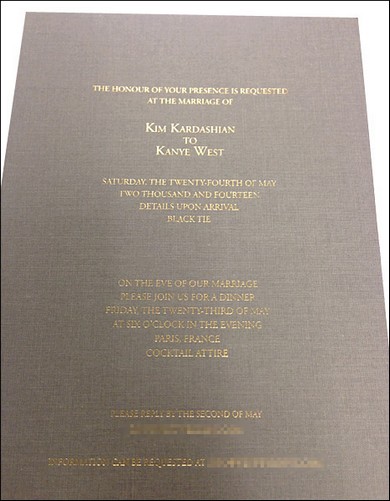 Although an image of the invitation was leaked online Sunday by US Weekly magazine, the venue is being kept hush-hush. "Guests won't know the venue until they get to Paris," a source reportedly told the magazine in April. "[Kim] hasn't even told her sisters."Kardashian and Refaeli may not be BFF, however they have been spotted gallivanting together on more than one occasion, including in July 2012 during Paris Fashion Week, and in April of last year in Manhattan with mutual friend and Hollywood jewelry designer Lorraine Schwartz, who reportedly designed Kim's engagement ring.. 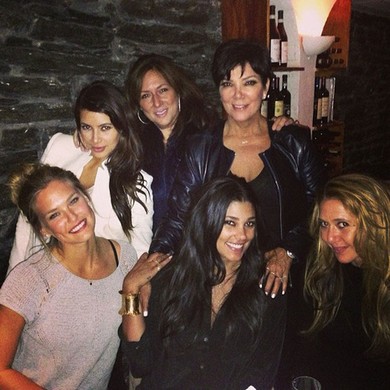 Guy Pines also reported that the invitation was accompanied by a 15-page booklet with rules of what is allowed and what is forbidden during the ceremony. Kardashian also announced that, unfortunately, there will be no cameras filming the event for Kardashian's reality series, 'Keeping Up With the Kardashians.'

2. We are not filming our wedding for Keeping Up With The Kardashians. You will see everything leading up til and after!

Although we may not be able to get a glimpse of the wedding decor on the Kardashian E! series, there is no doubt the Internet will be flooded with plenty of celeb selfies. Let's face it, all we really want to get a glimpse of are those gowns, and Refaeli will certainly look divine.