Andi Dorfman, 26-year-old from Atlanta, won hearts and headlines when she eliminated herself from 'The Bachelor' just before the final rose. 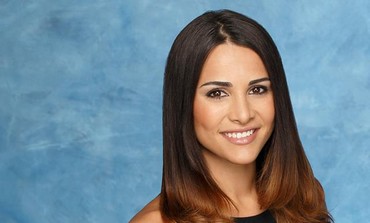 The Bachelor came to a disappointing close Monday, with leading man Juan Pablo Galavis not proposing. Luckily, something good did come out of the show’s 18th season: The selection of the next “Bachelorette.”Andi Dorfman, a 26-year-old Jewish Assistant District Attorney from Atlanta, won hearts and headlines when she eliminated herself from the show after having it out with Juan Pablo, who, it seems, is a tad self-absorbed.“I’ve never been with anyone who’s asked me so little about myself,” Dorfman said of the man who she pointed out didn’t even know what religion she practices.Andi wasn’t the only one leery of Juan Pablo—her dad Hy didn’t love him, either. He expressed doubts on air, and online.

If I seemed over protective on The show. It is because I am protecting the most spectacular, special, amazing daughter in the world.
— Hy Dorfman (@HyDorfman) February 25, 2014


Hy also expressed on his Twitter page how much he will miss his special little girl.

Said goodbye to my special bachelorette this morning. Missing her already it will be long 10 weeks with no Sunday dinners.
— Hy Dorfman (@HyDorfman) March 11, 2014

We have confidence Andi will find love–and someone Hy approves of–on what will be the 10th season of The Bachelorette. In fact, we can hear the glass breaking already. )
Advertisement
Subscribe for our daily newsletter