'I am proud to take part in an operation where Israeli youth of all backgrounds are taking action to help out those who need it most,” says Portman.

By JPOST.COM STAFF
FEBRUARY 4, 2014 12:37
Natalie Portman
(photo credit: REUTERS)
Advertisement
Israeli-American actress Natalie Portman has decided to use her wealth to help those less fortunate.The award-winning actress is donating clothes and money to Syrian refugees through an Israel based organization, Operation Human Warmth, meant to "aid noncombatant women and children in Syria" according to their website.“When I heard about Operation Human Warmth I felt deeply moved and compelled to get involved,” Portman said in a statement. “In the middle of a brutal winter, these children have no shelter and their lives are in serious jeopardy from the cold. I am proud to take part in an operation where Israeli youth of all backgrounds are taking action to help out those whom need it most.”The initiative is being led by Israeli youth group Hanoar Haoved Vehalomed, educational group Dror-Israel, and humanitarian organization Israeli Flying Aid.Portman and her husband, Benjamin Millipied, who is in the process of converting to Judaism, and their son Aleph, are living in Israel while she films her directorial debut, 'A Tale of Love and Darkness.' 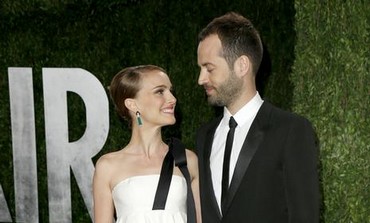 “When we see the situation in Syria right now, we feel compelled to act. We feel that this operation is an expression of the Israeli public’s willingness to help those who need it most,” Dror Israel international director Gilad Perry said.He added that over 20,000 items have been donated thus far.