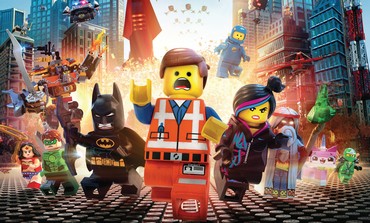 FILM 1. A LEGO LEGACY The 3D computer-animated film The Lego Movie follows Emmet, an ordinary, rule-following, perfectly average Lego mini figure, who is mistakenly identified as the most extraordinary person and the key to saving the world. He is drafted into a fellowship of strangers on an epic quest to thwart an evil tyrant. With the voices of Chris Pratt, Will Ferrell, Elizabeth Banks, Morgan Freeman, Liam Neeson. 2. LA DOLCE CINEMA Past and present of Italian cinema are celebrated at the Cinema Italia Festival, which runs until April 22 at the Jerusalem, Tel Aviv, Haifa, Herzliya and Holon cinematheques.Eight new feature films will be screened, as well as documentaries, classics and short films. The program also includes a tribute to Prince Antonio Focas Flavio Angelo, the Italian comedian better known as Toto.EXHIBITIONS 3. A VISION OF EMPTINESS The Beit Hagefen Gallery in Haifa is hosting a photography exhibition called “The Presence of the Void.” The subject of the show is Israeli and Palestinian women who have lost a family member as a result of the conflict. The exhibition features 40 pictures taken by bereaved mothers, daughters, sisters and nieces, under the guidance of acclaimed photographers.For more information: (04) 852-5252 4. CRYSTAL CLEAR The second “Charm of Glass” exhibition at the Culture and Arts Center of Beit Nagler in Kiryat Haim will run until April 30. The show incorporates more than 100 glass creations displayed in an exhibition area of over 1,000 square meters.For more information: (04) 872-4694 and www.nagler.co.il.FESTIVAL 5. ISRAEL IN SONGYemei Zemer, the Israeli Song Festival, returns to the Holon Theater April 16 to 19. The varied program includes Lifetime Achievement tributes to two of the country’s most noted songwriters – composer Nurit Hirsch and lyricist Yankaleh Rotblitt.Other highlights on the roster include Yehudit Ravitz, Shlomo Yidov and an evening of Hebrew theater songs.

For more information about the festival: (03) 502-3001/3 and www.hth.co.il.KIDS 6. OPERA FOR CHILDREN Among the many activities for children during the Passover vacation, Opera Hour for Kids takes place in Tel Aviv. The Opera Studio singers will present fully costumed productions of Cinderella (Sunday at 10:30 and 12:30); Hansel and Gretel (Wednesday at 10:30 a.m. and 12:30 p.m.) and The Magic Flute (next Thursday at 10:30 a.m. and 12:30 p.m.). For ages three to eight.The Opera House in Tel Aviv. For tickets, call (03) 692-7777 or go to www.Israelopera.co.il.7. PASSOVER ACTIVITIES Some 50 museums and sites will be free for the public during the week of Passover, courtesy of Bank Hapoalim. The bank’s 10th annual project Poalim for Culture, Nature and Beauty enables thousands of families from around the country to have free access to museums and nature sites, such as the Tel Aviv Museum of Art, the Haifa Zoo, Beit Hatfutsot, the Haifa Art Museum, The Rabin Center, The Design Museum Holon, The Ramat Gan Museum of Israeli Art and the Bible Lands Museum Jerusalem. The sites will be open from April 16 to 20, not including Saturday.For a full list of the participating sites and opening hours, go to www.bankhapoalim.co.il.MUSIC8. NAOMI’S SONGS The Israel Philharmonic Orchestra will present a concert to commemorate the 10th anniversary of the death of the country’s national songwriter Naomi Shemer.The orchestra, together with the Jewish National Fund, will host a lineup of both young and veteran performers, who will give new adaptations to some of the most popular Israeli songs.April 17 at 8:30 p.m. at the Mann Auditorium, Tel Aviv. For tickets, call 1-700-703-030.9. SYMPHONY WITH A FRENCH ACCENT Celebrating 65 years of diplomatic relations between Israel and France, Lionel Stoleru, former French secretary of state, composer and professor of economics, will conduct his composition titled Jewish Symphony.It will be performed by the Israeli Chamber Orchestra, with pianist Michal Tal.

Next Thursday at 8 p.m. at the Krieger Center in Haifa. For tickets, call 050-534-2687.DANCE 10. DIVERSITY IN THE DESERT The Kamea Dance Company unveils its latest work, Bamidbar Devarim. The dance feeds off the powerful, harsh, untamed and open landscapes of the Negev desert, as well as the rich mix of cultures and ethnic backgrounds found in Beersheba.Tonight and tomorrow at 9 p.m. at the Suzanne Dellal Center in Tel Aviv. For tickets and more information: (03) 510-5656 and www.suzannedellal.org.il.