Nebraska is a black-and-white film starring Bruce Dern as a hard-drinking misanthrope who accompanies his estranged son (Will Forte) from Montana to Nebraska to collect a sweepstakes prize. 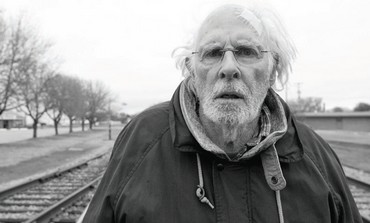 FILM1. REALITY IN BLACK AND WHITENebraska is a black-and-white film starring Bruce Dern as a hard-drinking misanthrope who accompanies his estranged son (Will Forte) from Montana to Nebraska to collect a sweepstakes prize. Dern was nominated for a Best Actor Oscar for the movie, which is also up for Best Picture.
MUSIC2. CASPI'S BESTBy popular demand, the Israel Philharmonic Orchestra and Matti Caspi have added another concert date to their successful collaboration. The concert’s program will include Caspi’s greatest hits, arranged for orchestra.Tonight at 8:30 and Saturday at 8:30 p.m. For tickets, call 1-700-703-030 or go to www.ipo.co.il.3. LOVE THE SAMBABrazilian harpist and singer Cristina Braga will perform her Samba, Jazz & Love evening of South American music. With percussionist and singer Joca Perpignan, bass player Ricardo Medeiros and percussionist Mauro Martinez.Tuesday at 8:30 p.m., Einav Center, Tel Aviv. For tickets, go to www.pashbar.co.il.4. IMMORTAL LOVE 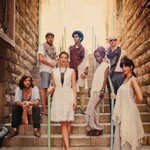 Kol Dodi (The Voice of My Beloved), singer/ songwriter Mika Karni’s Song of Songs, is the first concert in the new series From the Four Corners. The performances present a variety of musical cultures that were influenced by and interacted with the Arabic musical tradition.Tonight at 8:30, Confederation House, Jerusalem5. GUY AND FRIENDSAcclaimed violinist Guy Braunstein performs in concert with cellist Zvi Plesser, flutist Gili Schwarzman, clarinetist Chen Halevi, horn player Chezy Nir and pianist Miri Yampolsky.Saturday at 8:30 p.m, Israel Conservatory of Music Auditorium, Tel AvivART6. CHILDHOOD MEMORIESA new exhibition at the Tel Aviv Museum of Art presents the work of Elham Rokni, who was born in Iran and immigrated to Israel as a child. In her video works, she returns to the Tehran neighborhood of her childhood, seeking to reconstruct memories through images, sounds and texts.Until April at the Tel Aviv Museum of Art, 27 Shaul Hamelech Blvd. www.tamuseum.org.il 7. DECLARATIVE ART Another new exhibition at the Tel Aviv Museum of Art, “Gustav Metzger: Testimony and Action,” is the artist’s first exhibition in Israel. A Holocaust survivor, Metzger published the first of a series of Auto-Destructive Manifests, thus establishing a one-artist school of art. Throughout his career, he has remained as committed to declarative acts, theoretical lectures, written texts, political forums and symposia as he has to creating artistic objects.Opens tomorrow until June at the Tel Aviv Museum of Art. www.tamuseum.org.ilMIXED8. SO FRENCH, SO TASTYThe second annual French Culinary Week in Israel kicks off on Monday. This year, it will take place not only in Tel Aviv and Jerusalem but also in Haifa, Nazareth, Mitzpe Ramon and Beersheba. Nineteen French chefs will join a number of Israel’s best restaurants to offer the public some unique and original menus. On Wednesday, for example, the Sheraton Hotel in Tel Aviv will host three French chefs for exceptional master classes.For reservations and a full program, go to institutfrancais-israel.com.9. KOSHER NOWKosher wine importer Zur is hosting World of Wine, an international kosher wine-tasting event. More than 100 wines will be available for tasting, including wines from the US, France, Italy, Argentina, Portugal and New Zealand. Guests will receive a wine glass at the entrance to the event, which they will be able to refill as often as they wish. NIS 140 if you buy inadvance. NIS160 at the event.Monday at 7 p.m., 49th floor of the Azrieli Center, Tel Aviv. For tickets, go to https://www.tixwise.co.il/he/worldofwines201410. WOVEN CONSCIOUSNESS 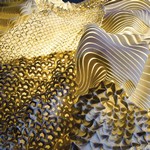 “Woven Consciousness,” a new exhibition at the Eretz Israel Museum, brings together the work of textile designers, visual artists and multidisciplinary creators. The works reflect the central role that textiles play in the search for new, rigorous and revolutionary paths for expression and practical use in the world of design and art and the way their boundaries are examined and breached from time to time.Opens February 17 at the Eretz Israel 9 Museum, Tel Aviv
Advertisement
Hot Opinion