Sites and Insights: Mt. Carmel and the place of burning

By WAYNE STILES
APRIL 4, 2011 10:57
Mount Carmel 311
(photo credit: Wayne Stiles)
Advertisement
Wayne Stiles is an author who has never recovered from his travels in Israel—and loves to write about them from his desk in Texas. Mount Carmel offers stunning views of the surrounding area, as well as poignant reminders of its fires - both recent and historic. I’ll never forget the images of Mt. Carmel’s scorching flames in December 2010. The largest fire in Israel’s history billowed so much smoke that a NASA satellite could photograph it. In addition to the tragic loss of life -both human and animal - the devastating inferno destroyed 5 million trees. RELATED:
Sites and Insights: Caesarea’s Archeological treasures
Sites and Insights: Dead Sea secrets at QumranWhile reading about the fire in the news, I thought about the scenic overlook on Mount Carmel I have visited many times. The name of the place is Muhraqa, which means, ironically, “burning.” Fortunately, most of Mt. Carmel’s beautiful historic sites (including Muhraqa) escaped the 2010 forest fire. Beauty untouched beside utter devastation. 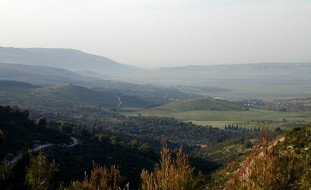 BiblePlaces.comIn a land where water is life, the lushness of Mount Carmel came to represent nothing less than the blessing of God. The slopes of the mountain range rise rapidly from the Mediterranean Sea. Cool sea breezes deposit their moisture year-round in abundant rains and dew. No wonder the fertile area became a metaphor for beauty, fertility, and majesty in the Scriptures (Isaiah 35:2)! King Solomon even compared the beauty of his bride to the splendor of Mount Carmel (Song of Solomon 7:5). Unlike Egypt, which had the Nile, and Mesopotamia, which had the Euphrates, ancient Israel had no major river or water source to guarantee life. Water remained the most important variable in the land. Historically, the climate played a major role in God’s relationship to His people. The land, “drinks water from the rain of heaven” (Deuteronomy 11:11). The words for “water” (mayim) and “heaven” (shamayim) obviously are related, revealing that the Hebrews drew their very existence from heaven. That’s why when the verdant slopes of Carmel withered from drought, it represented judgment (Isaiah 33:9; Amos 1:2; Nahum 1:4). 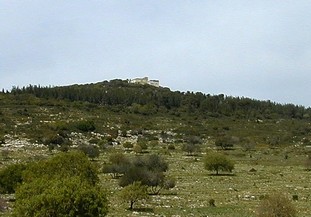 BiblePlaces.comWhen I stand on the balcony of the monastery of Muhraqa, these ancient themes come to mind. The overlook offers a stunning panorama of the surroundings that stretch out before me. At nearly 500 meters (1640 feet) above sea level, Carmel offers a pristine view of its surroundings—especially of the Jezreel Valley. Arrows painted on the balcony floor point to notable sites. Mount Tabor, the Nazareth Ridge, the Hill of Moreh, and Mount Gilboa—all protrude from the valley floor like soldiers, strong and tall. A glance below the balcony reveals the traditional area from which Muhraqa gets its name. The slope of trees and rocks gave stage to the Prophet Elijah’s showdown against the prophets of Baal, as recorded in 1 Kings 18. In a dazzling display of authority and vindication, fire fell from heaven and licked up Elijah’s sacrifice - as well as the altar and its surrounding trenches of water! Not surprisingly, the people then turned to God. Later that same day, it rained. The modern statue in the courtyard of the monastery of Muhraqa depicts Elijah with sword in hand, executing the losers of this historic contest. To Get There: From Route 70, take Route 672 through the beautiful Ofer Forest and the Druze villages. To get to the Muhraqa Monastery, make a hairpin right turn at the market rather than follow 672 into Carmel City. Just about the time you’re convinced you’re lost, you’re almost there. What to Do There: Take lots of pictures! On a clear day, the panorama offers great views of the Jezreel Valley, the Kishon River, Tel Jokneam, Mount Tabor, the Nazareth Ridge, the Hill of Moreh, and Mount Gilboa. Enter the gift shop and turn right to see another view. If the day is clear, the Mediterranean Sea may come into view. Read Wayne’s blog and subscribe to his weekly Podcast at www.waynestiles.com
Advertisement
Subscribe for our daily newsletter