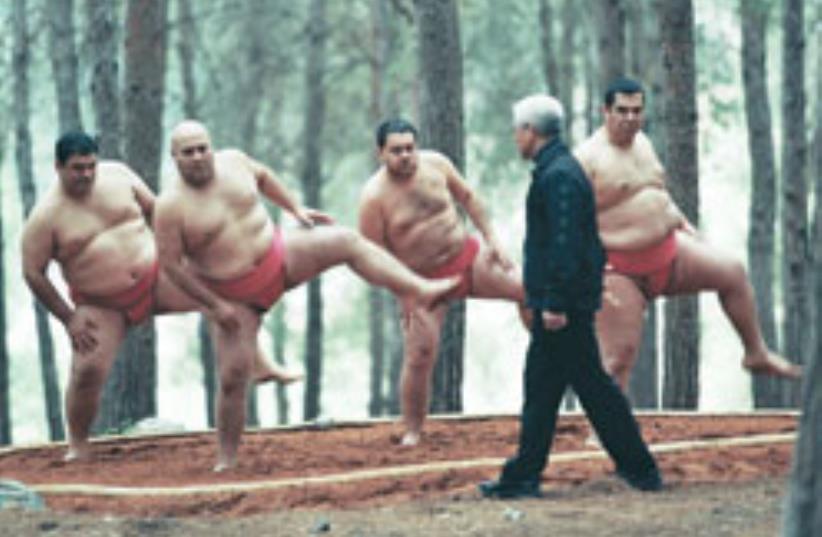 PICK ME. A Contender for the top prize include the
(photo credit: Meir Rejuan)
Advertisement

There are some very strong contenders among the nominees for the Ophir Awards, the prizes of the Israeli Academy of Film, which were announced on Tuesday in Tel Aviv.

Competing for Best Picture are A Matter of Size, a comedy about Israeli sumo wrestlers in Ramle; The Loners, a gritty, fact-based drama about two Russian soldiers sent to military prison; Lebanon, a graphic story of the early days of the first Lebanon War; Ajami, a hard-hitting drama about crime and relations among Jews, Muslims and Christians in Jaffa; and There Were Nights, about a young woman trying to overcome a trauma.

The Best Picture category is very closely watched, because the movie that wins it becomes Israel's official selection to be considered for a Best Foreign Language Film Oscar. Although it is a very competitive category - about 60 countries usually submit movies to be considered for the five available slots - Israel has been nominated for the past two years, for Beaufort and Waltz with Bashir.

In other categories, Renen Schorr, the director of the Sam Spiegel School for Film and Television Studies, is nominated for Best Director for his first movie in over 20 years, The Loners. Also nominated are Roni Ninio for There Were Nights, Shmuelik Maoz for Lebanon, Erez Tadmor and Sharon Maymon for A Matter of Size, and the usual codirecting duo of Scandar Copti, a Christian, and Yaron Shani, a Jew, for Ajami.

In the Best Actor category, newcomer Sasha Agronov is nominated for The Loners, Dror Keren for Five Hours from Paris, Yoav Donat for Lebanon, Itzik Cohen for A Matter of Size, and Yoav Schecter from Povidilia.

Rita Zohar won the Wolgin Award for Best Actress at the Jerusalem Film Festival, for her performance as a lonely widow in a rehab facility in Mrs. Moskowitz and the Cats, and she is one of the frontrunners in the Ophir Award for Best Actress. Dana Ivgy is actually nominated in this category twice, for There Were Nights and Jaffa. The other nominees are Attal Kubianski for Valentina's Mother, Irit Kaplan for A Matter of Size and Raymond Amsalem for Seven Minutes in Heaven.

The only real snub on this year's list is Eyes Wide Open, a drama about homosexuals in the ultra-Orthodox community that is only nominated in the Best Supporting Actor category, for Ran Danker, and for Best Production design. This film was enthusiastically received at the Jerusalem Film Festival, so it is surprising that it did not receive nominations in the more prominent categories.

Ajami, which won the Wolgin Award for Best Israeli feature at the Jerusalem Film Festival, has a good chance at winning the top spot because the story of its two young directors, who come from different religions and backgrounds, and how they struggled for seven years to make it, is so appealing. It's unlikely that Lebanon will win, since at this point the Academy voters have their eye on the Oscars, and if two previous films about Lebanon didn't win, they probably won't take a chance with a third.

The winners of this year's Ophir Awards will be announced at a ceremony in September.