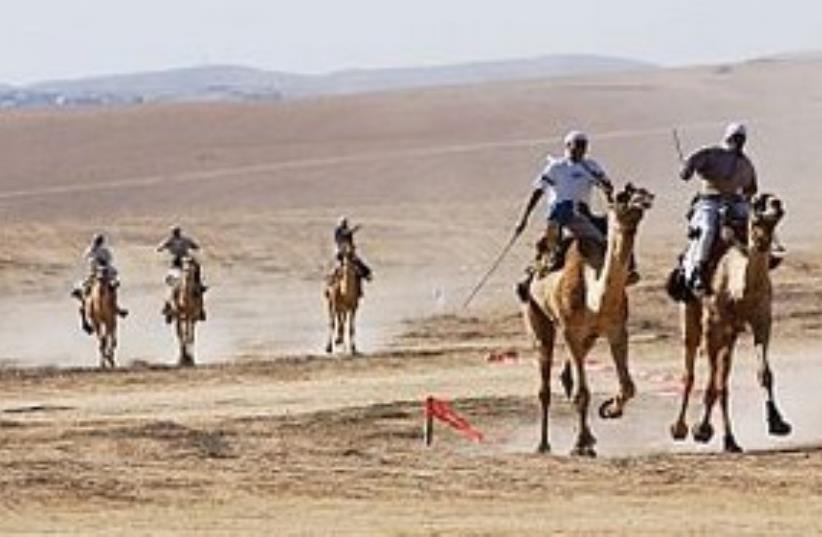 Camel Racing 311
(photo credit: Ariel Jerozolimski)
Advertisement
The United Arab Emirates has risen to the vanguard of camel breeding technology, AFP reported on Thursday. According to the report, embryo transfers and cloning techniques normally seen in the world of horse breeding are being advanced at the world's most advanced camel research centers, located in the UAE.The Veterinary Research Center in Abu Dhabi, the only commercial center to perform embryo transfers on camels, employs four veterinarians, eight technicians, and is home to 1,500 camels, according to the AFP report.RELATED:
Dubai milks the health food trend
Wayward camels cause tension on Israel-Egypt borderAnother advanced camel research center, the Camel Reproduction Center in Dubai, is only for research purposes and is home to 150 camels, AFP reported. The Dubai research center participated in the world's first successful cloning of a camel in 2009, and produced a camel-llama hybrid, called a "cama", said the report.The gestation period for a camel is 13 months, so breeding the most sought-after camels would normally only produce one baby every two years. By using surrogate mother-camels, the center is able to increase the number of prized camels produced twenty-fold, the center told the AFP.With racing camels bringing million dollar price tags, such a breakthrough in breeding technology could prove quite lucrative. According to the AFP report, at recent camel auction near Abu Dhabi, one man purchased three camels for over six million dollars.Another possible motive for cloning and controlling the breeding of prized camels is for use in camel beauty contests. Such contests, popular in the Emirates, might prove to be a driving factor in advances for camel cloning and breeding research at the UAE based camel centers.
Advertisement
Subscribe for our daily newsletter