Articles of Clothing: Divinity on Dizengoff

Documenting women in Israel and their knack for looking fantastic, no matter what the occasion.

By LAUREN IZSO
Aphrodite
(photo credit: Lauren Izso)
Advertisement
Israel is not only the land of milk and honey; it is the holy grail of style.There is so much beauty in this small, conflicted corner of the world. Many Israelis channel political and religious frustrations into creative energy and produce some of the most beautiful art in the world. The immense passion is inspiring. Clothing and personal style is an opportunity for creativity on an individual scale. An outfit is a tool of free expression, and Israelis use this to their advantage. The fashion of the Holy Land seems to have no definite rhyme or reason, but Israelis are known to make statements with what they wear. They express themselves with unconventional style, which is always captivating and always tells the world exactly who they are. Just like a picture, an outfit is worth a thousand words. 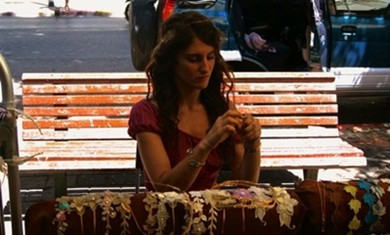 Lauren IzsoEvery weekend, vendors set up their table stations on Tel Aviv’s Dizengoff Street to sell jewelry and accessories to tourists and locals alike. Unique style is everywhere in the crowds that fill the street, and between souvenir shopping and relaxing weekend strolls, there are all sorts of fashionistas walking the busy street. Perched behind one of these many stands is 30-year-old Avigail Adam, wearing a simple outfit with certain grace about her; a goddess-like quality that she emits through her mannerisms as well as through the way she is dressed. She wears a simple dress, complimented by subtle golden accessories, and stands out amongst the busy crowd. 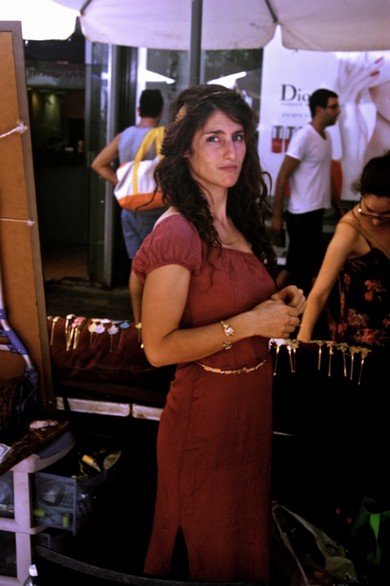 Lauren Izso“Ancient fashion inspires me.  I dress like the goddesses of ancient Rome,” says Adam.She doesn’t pause long before getting back to work, fiddling with the display of her handmade headpieces, which she began designing after graduating with an archeology degree from Hebrew University. It was during her years at university that she discovered her interest in the fashion of the immortal.Sitting under her umbrella, she peers up the street and attracts customers with her beautiful headpieces and divine fashion sense. Although Adam’s dress is simple, her accessories accentuate the graceful goddess of love within her. 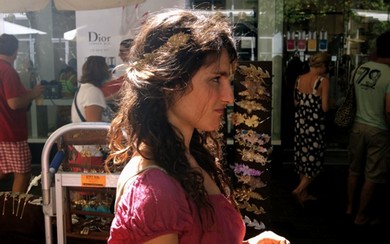 Lauren IzsoAs Adam fiddles with a loose end of one of her handmade headpieces, a customer approaches and asks to try it on. She gladly stands up and in one swift motion the customer becomes a goddess too.Just like a picture, an outfit is truly worth a thousand words. The trick is finding the right story to tell.
Try it: Glam up an old plain dress with metallic accessories. Warning: Don’t over do it. Too much gold and you risk looking like a jewelry store threw up on you.
Follow Lauren on twitter: @LaurenIzso
Advertisement
Subscribe for our daily newsletter