Healthy eating: The ABC's of vitamins

Vitamin A helps our vision, Vitamin C is found in oranges. But what about Vitamin B, E and K? Where do vitamins come from and what exactly do they do?

By KATHRYN RUBIN
Strawberries 311
(photo credit: Courtesy)
Advertisement
We all know that vitamins are important and that we need a certain amount each day in order to be healthy. But did you know that there are 13 different vitamins? That some are fat soluble and some are water soluble? And that some we even produce on our own without absorbing them from foods?  Give me an A!
Widely recognized for helping to maintain our vision, this fat soluble vitamin also plays a vital function in normal bone growth, new cell development, reproduction as well as healthy hair, skin and other tissues.
RELATED:
Healthy eating: Super foods to the rescue
Healthy eating: New Year, new resolutions, new approach 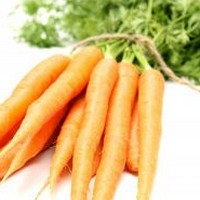 CarrotsCarrots are of course the most famous source; however, it is not actually Vitamin A that we find in carrots, but rather Carotenoids (or to be exact Beta-Carotene) – a vitamin precursor, that is transformed into Vitamin A in our bodies. But carrots are not the only food abundant in Beta-Carotene – almost all orange colored vegetables (sweet potatoes and pumpkins) are loaded with it as well as dark green vegetables such as spinach and kale and certain fruits. However, Vitamin A is not just limited to fruits and veggies; it can also be found in certain animal products (in the form of retinol, one of the most usable forms of the vitamin). Excellent sources include eggs, fish, liver as well as well as fortified milk (and milk products).
Give me a B!
One of the most complex vitamins to understand, Vitamin B is actually a group of eight
different vitamins, numbered one through 12 (with a few numbers missing in between).
Once thought to be a single vitamin, it was later discovered that while these vitamins often co-exist in the same foods, they are in fact very different structures. They are: Vitamin B1 (thiamine); Vitamin B2 (riboflavin); Vitamin B3 (niacin); Vitamin B5 (pantothenic acid); Vitamin B6 (pyridoxine); Vitamin B7 (Biotin); Vitamin B9 (folic acid); Vitamin B12.As water soluble vitamins ( meaning that we "expel" any extra amounts) we need to constantly supply our bodies with these vitamins. While different amounts of the vitamin are found in various foods, the best dietary sources include: meat, fish, whole grains (cereals, whole wheat bread, brown rice), nuts as well as vegetables and fruits such as spinach, bananas, broccoli and asparagus.
Give me a C! 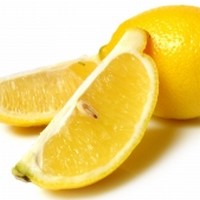 Lemons
Frequently taken to ward off the flu, Vitamin C does so much more than fight common cold symptoms. Also referred to as L-ascorbic acid, this vitamin is necessary to grow and repair tissue as it is needed to create collagen, the all important protein we need to make skin, scar tissue, tendons, ligaments, and of course blood vessels. Remember what happened to the sailors hundreds of years ago who came across to America? Many of them suffered (and died) from scurvy – an disease resulting from a deficiency of Vitamin C (since without it collagen is too unstable to perform its function). As a water soluble vitamin, our bodies naturally expel leftover amounts– meaning that we need a constant supply of this micro-nutriment. So where to find to find this all important vitamin? The most familiar source is of course oranges! But any citrus fruit for that matter will do as well as any member of the berry family, cantaloupe and pineapples. However, L-ascorbic acid isn't just limited to fruits; most veggies also contain large amounts of the vitamin too.
Give me a D!
Commonly referred to as the "sunshine vitamin" this micro-nutriment is required for the formation of strong bones, teeth and cartilage as it helps our bodies absorb calcium. The primary source for this vitamin is of course our very own sun (hence the nickname the sunshine vitamin). UV rays act on a substance within the layer of fat beneath our skin, triggering the natural synthesis of the vitamin; however don't fret if you live in a place that is cloudy most of the time as this is fat soluble vitamin and therefore is stored in our body's fatty tissue for long periods of time.  Another form of the vitamin can be found naturally in a few foods, including oily fish such as mackerel and sardines, salmon, eggs, liver as well as in vitamin D fortified milk (in the US).
Give me an E!
For many years the role of this vitamin's function in our body remained a mystery; however today, the puzzle has been solved and this fat-soluble vitamin is now known to be a powerful antioxidant that protects the body against free radicals. It therefore may help prevent blood clots, heart disease and cancer. Sources of micro-nutrient are foods that contain large amounts of polyunsaturated fats such as vegetable oils, margarine, avocado, nuts, sunflower seeds, soy beans and certain fish.Give me a K! 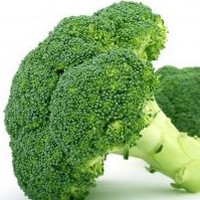 Broccoli
While there might not be a vitamin F, G or H there is surprisingly a Vitamin K. An essential component of the body's blood clotting process (coagulant), this vitamin helps our body's stop bleeding after sustaining an injury. A lesser known function, but just as important, of this vitamin is that it helps protect our bones from fractures as well aids in the prevention of postmenopausal bone loss.  However, its name is not the only unusual thing that it has going for it. Unlike most of the other members of the vitamin family, which we need to get from an external source (i.e. food), about 50% of the Vitamin K we need is produced by bacteria in our large intestine. But where to get the other missing half? Well that’s easy – anything green! Large amounts of the vitamin can be found in spinach, broccoli and brussels sprouts. Outside of the veggie group, you can find it in liver, vegetable oils, whole grains as well as certain meats.What does it spell? Eating healthy