We have all heard of calcium, potassium and iron. But what about the other minerals that are equally important, but don’t seem to get all the attention?

By KATHRYN RUBIN
Vegetables
(photo credit: Courtesy)
Advertisement
In total there are 16 essential minerals required by our bodies - how many do you know? And did you know that they are broken down into two groups: Macro minerals (which we need in fairly large amounts) and trace or micro minerals (which while still vital for our health, we need in substantial smaller amounts)? After calcium, iron and potassium and maybe even phosphorus, very few people can name more than one or two other minerals, and more importantly what they do for us. So here is a quick rundown of five of those lesser known minerals, what they do and where to find them.RELATED:
Healthy eating: The ABC's of vitamins
Healthy eating: Super foods to the rescue Magnesium (Mg):
Probably one of the most important of the minerals (as well as the fourth most abundant in our bodies), magnesium receives very little attention or praise for the many many many functions it performs. 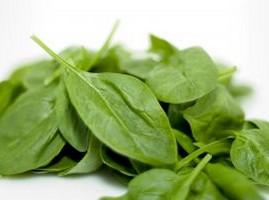 SpinachEvery one of our organs – including our heart, muscles, and even kidneys - requires this mineral to function.  It is also necessary to convert blood sugar into energy, control muscle and nerve function as well as being involved in the synthesis of protein. And that's not all! This all-important mineral aids in regulating other minerals (calcium, copper, zinc, and potassium) and other nutriments in our body.  In short we need it everywhere, all the time. Sounds like a lot right? And these are just a few of the vital roles it takes on.  As a macro mineral, we need it in fairly large quantities; unfortunately the majority of us (especially women) are seriously deficient in it. So where can we find it? Some of the best sources include spinach, nuts, black beans, whole grains and halibut.  Selenium (Se): 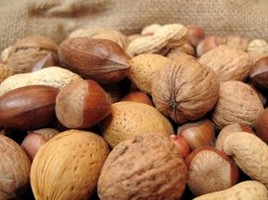 Mixed Nuts
While outside, selenium is found in soil; inside (our bodies) it exists in practically every cell as well as in our kidneys, liver, spleen and pancreas. While the effects of this mineral were discovered much later than that of the others, selenium's role in our bodies has quickly gained importance and acknowledgment for assisting us in fighting pollution and oxidation damage, as well as detoxifying heavy metals.  Moreover, a recent study (conducted by Cornell University and the University of Arizona) demonstrated that selenium may even help reduce certain the risk of certain types of cancer. There are many foods that contain selenium and as a "trace mineral" we actually only need a very small amounts each day. In fact selenium "overdose" or toxicity can cause hair loss, fatigue and muscle pain. A great source of this mineral includes nuts (Brazil nuts are one of the most concentrated sources of selenium, with more than your daily requirements in each nut! So watch out to NOT eat too many of these.) Other abundant sources include fish, whole grains, meat, and soybeans.
Zinc (Zn):
Zinc is involved in healing wounds, taste, growth and regulating our metabolism - it is one of those nutriments you just can't live without.  In fact, among all the vitamins and minerals, zinc has shown to have the strongest effect on our immune system.  It also plays an important role in fertility, utilizing Vitamin A, insulin activity, acne prevention as well as maintaining our vision. A balanced diet is of course the best way to provide our bodies with this mineral. Choose foods rich in zinc include (red) meats, poultry, eggs, nuts and fish as well as whole grain cereals and certain dairy products.Sodium (Na):
This one may come as a bit of a surprise as sodium has gotten a bad rep lately. While too much can raise our blood pressure and cause many health problems; at the same time too little sodium is not good either. Sodium plays the vital role of distributing water throughout our bodies and is needed to maintain our fluid levels and acid base balance.Sodium is one of the easiest minerals to get (and for some one of the most enjoyable) – just pick up your salt shaker and shake away (lightly). If you do not like the taste of added salt, certain foods such as pickles, olives and smoked meats also contain large quantities of this mineral. However, remember everything in moderation as too much sodium can lead to some serious health complications. Sulfur (S): 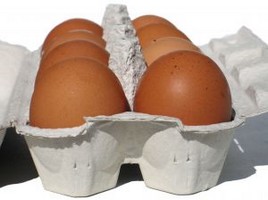 Eggs
While sulfur water may smell really really really bad, the mineral itself is actually really good (and important for our well-being).  It is required by our bodies to create amino acids, which are needed to form proteins in the body as well as in the liver to eliminate toxins. After calcium and phosphorus, sulfur is the most abundant mineral found in our bodies. As it is commonly found in food, a deficiency in this mineral is rare; but nevertheless it is a good idea to watch that you are eating enough sulfur rich foods. These include: eggs, fish, beef, dairy products as well as certain plant product such as garlic, onions, beans, cabbage, kale and broccoli among others.
Advertisement
Subscribe for our daily newsletter