By JESSICA HOCHSTADT/TASTE TLV
Ice cream
(photo credit: Karen Cohen)
Advertisement
Where is the one place in Israel where you are just as likely to run into an IDF officer, as you are nostalgic old men, eager young adults, pushy cab drivers, and of course, parents and children? Leggenda—a gelato chain that brings the taste of Italy to the Holy Land. Using only fresh ingredients, Leggenda uses Italian techniques to create delicious gelato flavors made for an Israeli palate.  Twelve years ago, Ori Finkelstein and Dudu Mina took it upon themselves to create a unique combination of Italian style gelateria with Israeli and experimental flavors. The pair, armed with culinary training, traveled to Italy to learn everything they could about authentic gelato, and opened Leggenda as an outlet for their creativity. 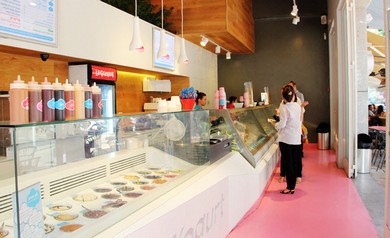 Photo: Karen Cohen
Today there are twelve Leggenda gelaterias across Israel. The most recent branch opened on December 2011 on the bustling Rothschild Boulevard in Tel Aviv - an excellent location as it caters to every type of client at all hours of the day. On any given afternoon, you can find children and parents debating over how big of a scoop to get. At night, or early mornings depending on how you look at it, Leggenda is  crowded with bar hoppers who are ready to end their evening with a final shot of rum... rum raisin that is. So what makes Leggenda the accurately self-proclaimed “legend” that is has become? The flavors of course. There are always at least 44 flavors available at any time, with over 80 recipes revolving from day to day. In addition to creamy gelato and fruity sorbet, Leggenda also has crepes, frozen yogurt, waffles, and homemade sauces. Ready to go but not sure where to begin? Here are the top five must try flavors at Leggenda. Orange Carrot SorbetOrange sorbet sounds great. But orange carrot? Believe me, it's only an improvement. The carrot infuses what would normally taste like a frozen cup of orange juice with a fresh flavor, making it a crisp and refreshing treat on a hot summer’s day. Although it’s a sorbet, the carrot-orange consistency is smooth and dense, making this treat a long-lasting delight. Try this flavor with a dash of whipped cream or an extra scoop of vanilla gelato to get that familiar creamsicle taste that your mouth craves after the first bite. HalvaHalva, made from ground sesame seeds and sugar, is a simple and familiar treat for all ages. Years ago, Israelis got creative and began infusing their halva with unique flavors like pistachio, chocolate, and even coffee. Today, Leggenda took halva to the next level and turned it into a cold and creamy gelato that is now one of the most popular and unique flavors. Berry CheesecakeOne of the best things about cheesecake is the combination of its sweet, rich flavor with its soft and velvety texture. Leggenda found a way to improve upon this timeless classic by throwing in some fresh berries and putting it in a cone. Moreover, with base ingredients straight from Israel, you can almost taste the sweet milk of the north in every bite. What was once a heavy dessert is now a refreshing summer treat, topped with fresh berries from Israel’s backyard. This flavor is a staple on Leggenda’s ever-rotating menu. 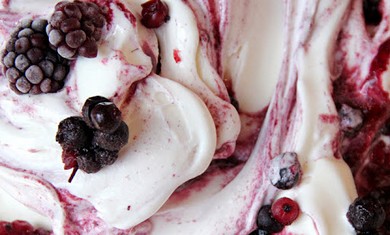 Photo: Karen Cohen
MarzipanWhen Leggenda first opened in December 2011, everyone had flavor suggestions for the store owners. But one customer came in on a regular basis to suggest marzipan flavor. A testament to Leggenda’s customer appreciation, the owners decided to enlighten their fan by making one batch of marzipan flavored gelato. Because it was such an instant success, this flavor is now a favorite among customers and servers alike. Hazelnut ChocolateWe’ve all thought of doing this, and some of us have even tried it... eating a whole jar of Nutella. Is there a way to accomplish this feat, guilt free? Why yes, there is. Try the most popular flavor at Leggenda, hazelnut chocolate. The bin is always empty, but worry not, there is always a fresh replacement just behind the counter. This succulent flavor is nothing short of luxurious. Every bite of fresh cacao, ground hazelnut, and sweet cream is powerfully reminiscent of our favorite dessert spread. This flavor invigorates your taste buds as it cools your mouth upon contact and continues to please your senses through the very last bite. 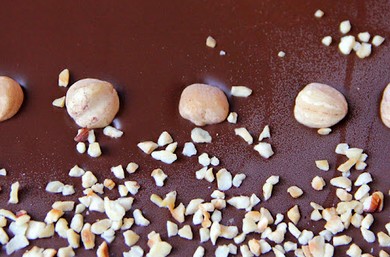 45 Rothschild Blvd, Tel AvivHours: Monday to Saturday from 9:30 a.m. until the last customer leavesPhone: (03) 604-8332The writer is currently an intern for Taste TLV. Jessica Hochstadt was born and raised in Miami Beach, Florida, where she was lucky enough to grow up with a mixture of Brasilian, Cuban, and Jewish cuisine.Follow @JPost_Lifestyle
Advertisement
Subscribe for our daily newsletter