Concert planned to celebrate coexistence goes awry as Basel Khoury receives threats warning him not to perform in Israel.

By GABRIELLA TZVIA WEINIGER
Basel Khoury
(photo credit: Courtesy Star Academy 7)
Advertisement
Jordanian singer Basel Khoury on Monday afternoon announced the cancellation of his show at an Israeli co-existence concert that same evening after receiving threats from various pro-Palestinian organizations.Khoury was scheduled to perform alongside Arab and Israeli artists at a Jaffa port concert dedicated to coexistence.Radio station 88FM, the organizers of the show, claimed the show was to be a celebration of “Arab-Jewish musical fraternity and love.”Israel Radio reported that the Jordanian singer cancelled his performance after receiving death threats from pro-Palestinian organizations.Taking to Twitter to voice his frustration, Khoury wrote that it was a shame that in these days, “peacemakers are considered traitors, and war criminals are considered heroes.”The free concert proceeded as planned despite Khoury’s cancellation, on Monday night at the Jaffa Port at 9 p.m., and was broadcast live on Israel Radio 88FM. 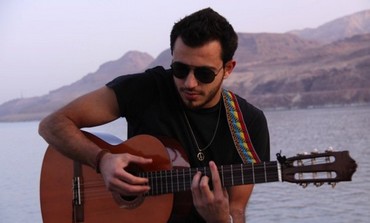 The 'Shirana' Arab-Jewish chorus, the youth choir 'Voices for Peace' and Palestinian Israeli singer Miriam Toukan sang in both Hebrew and Arabic as the traditional North African-Jewish Mimouna festival was celebrated to mark the end of the Passover holiday.