The day the music died

Flamenco, jazz and classical guitarist Paco de Lucia was a legend in his own time. 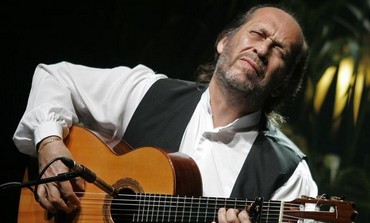 News of the sudden death by heart attack of flamenco guitarist Paco de Lucia at the age of 66 in Mexico spread over social and professional media on Wednesday.De Lucia, whose fluid guitarmanship was truly one-ofa- kind, teamed with Camaron de la Isla to mesh flamenco with world music, just as the Beatles were traveling to India. He rose to fame from the inner city of Algecrias, in the Andalusian province of Cadiz, across the bay from the Rock of Gibraltar.
Many of his compatriots, and even tourists whose travels have taken them to that region of Spain speak about seeing him play at the Venta de Vargas in the ‘70s. Venta de Vargas is a small restaurant bought by Juan Vargas in 1935 and transformed into a temple of flamenco, frequented by all the greats at various stages in their careers.His name, de Lucia, indicated that he was the son of Lucia, whose family name was Gomes. His father was Antonio Sanchez, a gypsy; and the artist grew up in a gypsy milieu with flamenco music at its center. Both of his parents' surnames are among those used by converso Jews, and his mother was known as “la portuguesa.” Although she was indeed born in Portugal, it could also have been a hint that she was of Jewish origins, since the term Portuguese was synonymous with “Jew” in Spain for many centuries. De Lucia used to say that he learned how to play the guitar as naturally as he learned how to talk, and indeed the language of his guitar was unmistakable and never stopped evolving. Possibly the most widely known of his compositions is “Entre Dos Aguas,” used by Woody Allen as the score for his Vicky Christina Barcelona.With flamenco singer de la Isla, born Jose Monje Cruz (also converso surnames) whose premature death in 1992 left the flamenco world bereft, de Lucia was involved in mixing a variety of ethnic music with flamenco, and the two created flamenco fusion.In a Youtube video posted in 2009, de Lucia spoke on about his move to Toledo, which he felt was a journey back in time, saying that the walled city provided him with the peace he needed for his inspiration. He said he has always been very connected to Spain’s Jewish and Arab roots, and that since he had discovered Sephardi music he was able to see the connection between it and flamenco, although he had originally thought it was derived from Arabic music.In addition to flamenco, de Lucia also played classical and jazz guitar, recording in 1981 and 1996 with John McLaughlin and Al Di Meola. His version of “Concierto de Aranjuez,” composed by Joaquin Rodrigo in 1939, made waves in 1991.Doubtless other flamenco greats will arise, but de Lucia leaves behind shoes of mythical proportions, that are impossible to fill.