Rabbi Shmuley Boteach is one of the world's leading relationship and spirituality experts; his books have been translated into 17 languages and he lectures and makes TV and radio appearances all over the world. He served as host of the award-winning national TV show Shalom in the Home on TLC, The Shmuley Show on 77 WABC in NYC, the most listened-to radio station in America, and The Rabbi Shmuley Show on the Oprah and Friends Radio Network. He is also the international best-selling author of 23 books, including most recently, Renewal: A Guide to the Values-Filled Life and Ten Conversations You Need to Have with Your Children. His book Kosher Sex was an international blockbuster and is widely regarded as one of the most important relationship books of the past two decades. His recent books on the American family, Parenting With Fire and Ten Conversations You Need to Have With Your Children were both launched on The Oprah Winfrey Show.

Rabbi Boteach is also the founder of This World: The Jewish Values Network, an organization which aims to bring Jewish values to mainstream American culture via the media, politics, and the arts. He has been profiled in many of the world's leading publications, including Time Magazine, Newsweek, The New York Times and The Washington Post. Rabbi Shmuley is the recipient of the highly prestigious Preacher of the Year Award from The London Times and received the American Jewish Press Association's Highest Award for Excellence in Commentary. A highly sought-after television and radio guest, Rabbi Shmuley served as Rabbi at Oxford University in England for 11 years.

Lorde and BDS bigots should be boycotted and exposed as hypocrites

No holds barred: How Cory Booker can return to the Jewish community

The mysterious motivation of Jewish leaders who visit Hamas's funders

NO HOLDS BARRED: How Chabad electrifies the world

Stop treating Israelis who left the holy land with disdain

A letter to Larry David about the Holocaust

NO HOLDS BARRED: American soullessness and the opioid epidemic 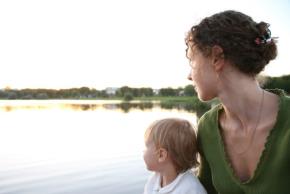 Honoring a mother on her 75th birthday

No holds barred: Today’s Germans are not responsible for the Holocaust

NO HOLDS BARRED: Stab the Iran deal in the heart

A shameful attack on Elie Wiesel