By DANIEL S. SMITH
MAY 28, 2017 21:43
Advertisement
What dismal choices.  The 2016 presidential election made it seem as if America were divided, however it turns out a majority of us were united in one front:  our opposition to both Donald Trump and Hillary Clinton. The Democrats and Republicans served us up two of the most unpopular candidates in recent history, and left millions wishing they had an alternative. 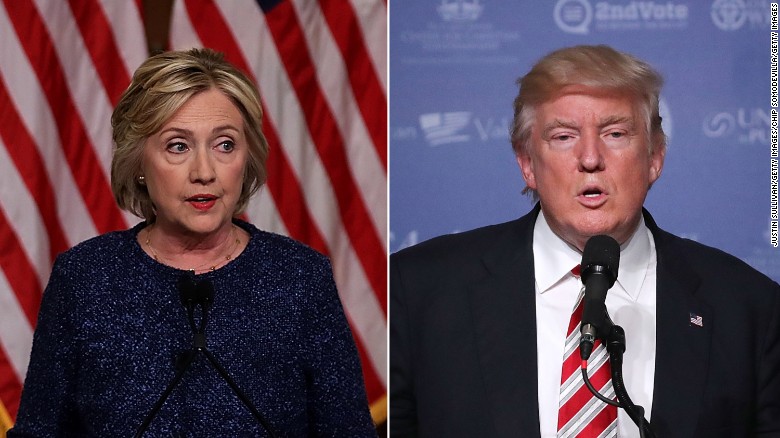 Consequently, millions did not vote, millions did not register, millions voted for a third-party candidate and millions voted for X, which they strongly resented, because Y was worse, and vice-versa.
According to The New York Times “half of the primary voters chose other candidates. Just 14 percent of eligible adults — 9 percent of the whole nation — voted for either Mr. Trump or Mrs. Clinton.” (1)
In the general election 52% of voters saw Clinton as unfavorable and 61% saw trump as unfavorable.  Even Barry Goldwater was only seen as unfavorable by 47% of voters.  According to Gallup: “Donald Trump and Hillary Clinton head into the final hours of the 2016 presidential campaign with the worst election-eve images of any major-party presidential candidates Gallup has measured back to 1956.” and “Trump and Clinton are the two most negatively reviewed U.S. presidential candidates of the modern era, and probably ever.” (2)
I traveled through Michigan, Tennessee, Louisiana, Missouri and Texas during the heat of election season, and nearly nobody I spoke with was gung-ho about either candidate.  I met plenty of folks who deeply resented Clinton, Trump, or more commonly both, but few actually put forth an argument in favor of a candidate as opposed to asserting arguments against the alternative.
46% of Clinton supporters and 47% of Trump supporters top reason for supporting their respective candidate was to block their opponent from reaching the White House. (3)
In my Middle Eastern studies class, I asked my professor, Saeed Khan, why their isn’t a direct flight between Detroit and Beirut considering the Detroit metropolitan area hosts the largest Lebanese community in North America and the flight would be overbooked every time.
He explained that Delta would never let another company, such as Qatar Airways, come in and run such a flight.  I asked why the government would allow Delta to have that kind of control.
Because Delta, he told me,  had a lobbying presence and would go right to Michigan Senators Debbie Stabenow and Gary Peters and make sure it did not happen.
Every single person in my class thought this was corrupt, and that we need to establish a better system.
The point?  America was and is begging for another option, from college classrooms to factories to trading floors.
According to Gallup, in 2016 57% of Americans believe we need a third party, up from 46% in 2012 . (4)  In 2016, only 37% believed the two parties were doing an adequate job.
The Libertarian Party offered up Gary Johnson and the Green Party offered up Jill Stein, both well-intended, but far too radical to appeal to a majority of Americans and unite the millions of voters disenfranchised by the major parties.  Hence Washington Post political reporter Aaron Blake’s highly cited column entitled, “People really want third-party candidates. Just not these ones.” (5)
Even so, 76% of voters believed that Gary Johnson and Jill Stein should be on the debate stage, according to a poll carried out by Suffolk University and USA Today. (6)
Other than Johnson and Stein, no other candidate came close to achieving ballot access in all fifty states, considering the millions of dollars this takes to achieve.  With droves of disillusioned voters, and the absence of a moderate, bipartisan candidate they can rally behind, you would think another force would emerge.
It’s for this reason that I am calling for the establishment of a coherent Centrist and Independent party of United Americans.  The Democrats and Republicans have had a monopoly on political power for far too long, and it’s past time an entity rose up and challenged them.
This party would not be interested in partisanship; They wouldn’t care about who is right, they would care about what is right.
Supreme Court judges who are non-partisan and objective in their mentality, not political, would be elected.  The Supreme Court should not be partisan.
The party would be interested in bringing our country together, not ripping into two hostile halves.
In this new, independent party, candidates could be free to be both pro gun control and pro reducing the corporate income tax, two positions that are mutually exclusive in our current duopoly.
It would also get younger people to vote, something they did’t do in 2016.  In 2012, 58% of adults aged eighteen to thirty-four said they would vote, whereas in 2016 on 47% did. (7)
The emphasis on talk shows has been how divided America is, but the numbers contend that were actually quite united.  In a democracy, a united populous is a dangerous thing for the establishment, and I think it’s past time a coalition came together to upend it.
It’s time to establish the Independent party.
Editor's Note:  The Following Op-Ed originally appeared in The Times of Israel on Sunday, May 28
(1) https://www.nytimes.com/interactive/2016/08/01/us/elections/nine-percent-of-america-selected-trump-and-clinton.html
(2)http://www.gallup.com/poll/197231/trump-clinton-finish-historically-poor-images.aspx
(3)http://www.reuters.com/article/us-usa-election-thirdparty-idUSKCN0ZO2AS
(4)http://www.gallup.com/poll/195920/americans-desire-third-party-persists-election-year.aspx
(5)https://www.usatoday.com/story/news/politics/elections/2016/09/01/paleologos-poll-johnson-stein-debates/89710228/
(6) https://www.washingtonpost.com/news/the-fix/wp/2016/10/01/people-really-want-third-party-candidates-just-not-these-ones/?utm_term=.9d2a0c2d766e
(7) http://www.gallup.com/poll/195806/americans-less-sure-vote-president.aspx?g_source=position1&g_medium=related&g_campaign=tiles
Advertisement
Subscribe for our daily newsletter