How To Fix Healthcare 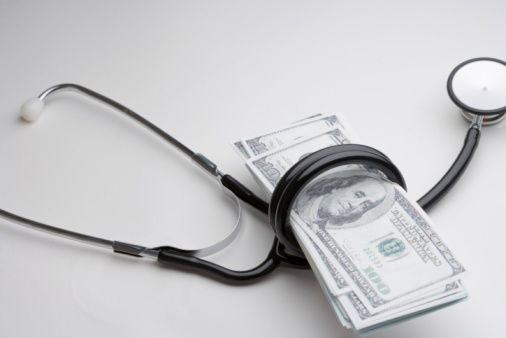 The Republican Party looks incompetent.  They have been lambasting the dismal failures of Obamacare for years, telling us how detrimental it is for costs, quality and availability.
Now it’s 2017, Obama is drinking margaritas in the Virgin Islands with Richard Branson,  and we have a Republican Congress, Senate, Supreme Court, and White House, yet they have no viable alternative.
You’d think Paul Ryan would have conjured up a plan years ago, but the assignment came due, he turned in a lousy project and received a fat F from his colleagues in the Freedom Caucus, Tuesday Group and Democratic Party.
I watched Trump give a speech on 'economics' at the Detroit Economics Club, and he only gave us three words on healthcare: Repeal and Replace.  I wasn't wrong in assuming he had no real plan, unfortunately a geographically well-placed minority of voters were.
I fear Paul Ryan has never even attempted to understand a point of view different from his own. He majored in Political Science, and even though he’s touted as a policy wonk, he has no substantial understanding of Health Economics.
Regardless of what Paul and his colleagues think, every American needs health insurance, plain and simple.  Most American’s believe this, and it’s incredibly easy to execute while simultaneously reducing the deficit substantially.
Here's a plan, Donald, Paul and Tom (thomas.price@hhs.gov), that will reduce costs, increase quality, dramatically reduce the deficit, and eschew bipartisan support:
The Purple Health Plan
1 All Americans receive a voucher each year to purchase a standard plan from the private-plan provider of their choice.
2 Vouchers are individually risk-adjusted; those with higher expected healthcare costs, based on documented medical conditions, receive larger vouchers.
3 Participating insurance companies providing standard plans cannot deny coverage.
4 Each year a panel of doctors sets the coverages of the standard plan subject to a strict budget, namely that the total cost to the government of the vouchers cannot exceed 10 percent of GDP.
5 Insurance companies providing standard plans contract with private providers to cover their plan participants.
6 Americans choose doctors and hospitals included in the standard plan they choose.
7 Plan providers compete and provide incentives to improve participants' health and limit bad health practices.
8 Plan providers offer supplemental plans to their participants and cannot deny supplemental insurance coverage to their participants.
9 The government (federal and state) ends the tax exclusion of employer-provided health insurance premiums.
10 Like all other Americans, Medicare, Medicaid, and health exchange participants are covered by the Purple Health Plan subject to appropriate transition provisions.
11 The roughly 10 percent of GDP now spent or allocated by federal and state government on these and related programs, as well as on the tax exclusion of employer-provided health insurance premiums, is reallocated to help finance the vouchers.
Principles of Healthcare Reform
1 All Americans need a basic health plan and should be free to purchase supplemental health insurance coverage.
2 Healthcare should be privately provided with people free to choose their doctors and hospitals.
3 All who can pay for their health plans should do so through a combination of existing tax payments and health plan co-payments.
4 The government's projected healthcare costs must be strictly capped and affordable on a long-term basis.
5 Health plans should be affordable regardless of one's pre-existing health conditions or risk.
6 The system must provide strong incentives to prevent overuse of healthcare services and discourage bad healthcare behavior.
7 Medical malpractice reform is needed to keep providers from engaging in unaffordable defensive medicine