By DANIEL SLEO GIOSUÈ SMITH
Advertisement
Despite the reckless bluster spewed from Trump’s mouth, one thing remains true:  Kim Jong-Un has nuclear weapons, and there’s nothing he can do about it.

For one, North Korea holds South Korea and Japan hostage, though it’s a myth that Seoul lies within range of the North’s conventional artillery: From positions in North Korea, the DPRK forces would be unable to level Seoul. Only the slow firing M-1978 (rate of fire: 1-2 rds/ 5 min) is capable of hitting the outskirts city.  (Courtesy: GlobalSecurity.org)

This excuse is used, conveniently, by ineffective officials ranging from William Perry and Warren Christopher to Chris Hill and Susan Rice, in order to excuse the unthinkable, namely allowing a mad dictator to acquire the means to our destruction.  (Surprisingly, The New York Times opinion page gave Hill and Rice a forum, even though both failed our country miserable in their naivety in dealing with the North.)

Besides, the artillery units would be decimated within minutes via the counter-battery capabilities the ROK has been developing for years, and South Korea could buy Israel’s Iron Dome defense systems if it we’re truly worried.

Unfortunately, pundits in the media are extremely low on inquiry and obnoxiously high on advocacy, and recycle claims from which they can’t identify the primary source, propagating myths and stupefying the American public.

The real deterrent to military action in Korea is China and Russia, the North’s “allies”.  Sure, North Korea’s relationship with it’s superpower neighbors aren’t half what they used to be, as trade between North Korea and Russia  went from $2.56 billion in 1990 (then the U.S.S.R.) to $0.14 billion in 1994 after the dissolution of the Soviet bloc. 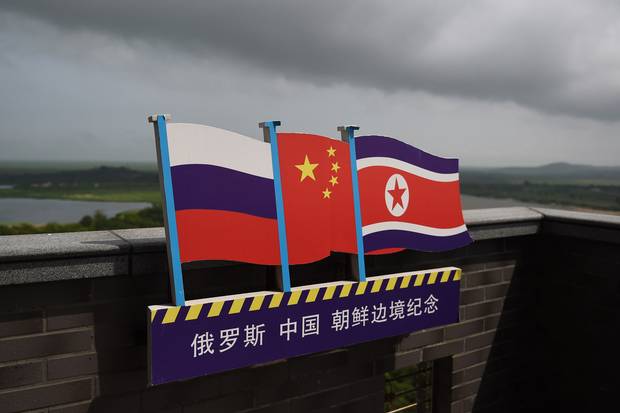 The border shared between China, North Korea and Russia

China and North Korea are at loggerheads currently as Kim plan’s a missile test ahead of China’s Communist Party Convention where president Xi Jinping is expected to be elected to a second five-year term and consolidate his grip, perhaps becoming the most powerful Chinese premier since Deng Xiaoping.

But rest assured Xi, as well as Putin, would see a preemptive American strike on the North as a blatant aggression, unjustified in any scenario.   They simply won’t stand idly by afterwords, and allow South Korea and the US free reign in newly conquered territory.

In fact, China’s 1961 treaty with North Korea obliges them to come to their aid in the event of aggression from the outside.  As the old adage goes, China and North Korea are as close as lips and teeth. 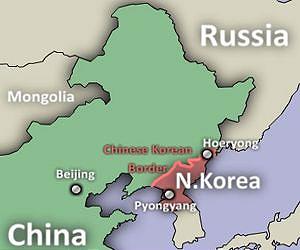 China and Russia, though not strong allies, see their interests conveniently converge on the North Korean issue, as both are contained by an American dominated order, be it NATO in Eastern Europe and Syria, or the US military in the South China Sea, Formosa, the Philippines, Vietnam, Okinawa, Japan, South Korea and Guam.

Without a US counterweight, China would dominate the Asia-Pacific, and Russia Eastern Europe and parts of Central Asia and the Middle East.

They understand why Kim Jong-Un feels threatened, and see the US as equally, if not more, guilty for perpetuating hostilities on the peninsula.

Both countries also fundamentally disagree with American interventionism, and would expose seemingly needless aggression in the Korean peninsula as a human right’s abuse and overstretch.  It may even afford them the opportunity to make bold moves in their respective spheres.

The People’s Liberation Army is massed along the North Korean border, with many reinforcements not far behind.  Russia’s largest pacific naval base, Vladivostok, where the Chinese and Russian navies carried out joint drills not long ago, is also in the neighborhood.   The U.S. army is stretched far too thin to mount a comparable ground force in the region, especially if conflict we’re to break out in Europe or the Middle East while we are knee-deep in Korea.

Anti-American Russian diplomats just visited Pyongyang as Russian Foreign Minister Sergey Lavrov simultaneously warned the US to calm down.  The Chinese have expressed similar sentiments, and continue to provide the North with most of their oil.

If we had China and Russia’s backing, or if neither country shared a border with North Korea, an intervention would be much easier. Unfortunately both superpowers serve as an important check against U.S. military action.

Like Anthony Eden was rebuked after he launched an Anglo-French-Israeli invasion of Egypt in 1956, Trump is being rebuked by China and Russia from doing the same in North Korea, whether they say it publicly or not.

Eisenhower and Kruschev demanded that Eden withdraw immediately, with the latter even threatening to exterminate London with atomic weapons.  Eden got the message, and his mission to retake the Suez was promptly withdrawn.

A few decades earlier, this would have been unimaginable.  Britain was used to being the world’s sole hegemon, augmented by economic and technological superiority,  as the US has been for decades.  Now the US and USSR were the world’s superpowers, and Britain’s intervention was deterred by a counterweight.

Granted, the US is still the world’s sole superpower, albeit a receding one, so the comparison is no means perfect, but valuable parallels can still be drawn.

China is increasingly asserting itself in the pacific theatre, and it’s inevitable that the US will soon cease to be the main presence there.  But the US military remains far superior to even the combined forces of China and Russia, as we pour over four times a much money into our armed than those two countries combined.

But we won’t because we understand that doing so will likely lead to confrontation with Chinese forces, potentially sparking a global conflict between nuclear superpowers.  It truly could be the war to end all wars.

So for now, Trump is all talk and no punch.  Perhaps he’s trying to persuade China and Russia that it’s in their interest to take tougher measures against the North, and even force Kim Jong-Un to back down.

But unlike in American interventions in the past, there are other significant players directly involved with interests that run counter to ours.

Therefore North Korea is a nuclear power, and there’s nothing Trump can do about it.

The author can be reached at [email protected]