Fear of Terror Won't Lock Me In

By BATYA MEDAD
Advertisement
This post was first published on my blog, Shiloh Musings, which is updated daily. You're invited to read it and comment as often as you'd like.  Fear of Terror Won't Lock Me In, http://shilohmusings.blogspot.co.il/2016/03/fear-of-terror-wont-lock-me-in.html. All of the photos in this article are mine, which I took recently. 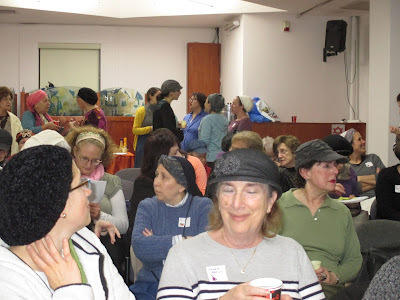 The other night, to celebrate Rosh Chodesh Adar Bet, I attended a cheerful evening of women for women entertainment, Stars Over Jerusalem. But during the pre-show catting, I had a very serious conversation with some of the other attendees.Not for the first time I'm dumbfounded at how people find it amazing that I leave home. They seem to think that Shiloh is deep in the dark dangerous wilderness constantly attacked by arab terrorists. It's one thing if people would say:

"I'm so glad you're here, since I enjoy your company."

But too frequently, like most of the time, people say:

"I'm so glad you're here, I'm actually amazed you're here. Isn't is too dangerous to travel to a from Shiloh?"

When I get those sort of greetings I tell them what I replied to my Har Nof dentist when he mentioned the "dangers" of my travels.

"There have been more terror attacks in Har Nof, and I still came here."

And when I told that to the women I was speaking to, I added:

"That's another reason to avoid/fear the dentist!"

We really must remember that there's danger all over. I'm not at all pooh poohing Arab terrorism. Don't forget that it's almost twenty years to the day when an Arab terrorist ran over my foot in the first "ramming attack." And I've been to too many (even one is too many, but I've been to an awful lot of) funerals of victims of Arab terrorists.As my late mother loved to say when people asked how she could visit us in Israel:

"More people die in the bathroom than in terror attacks."

And in terms of simple statistics, here in Israel death and injury from car accidents are a lot more common than Arab terror attacks. Also there are many American and other foreign countries with criminal murder rates much, much higher than that of terror attacks here in Israel. So, remember that number wise Arab terror attacks aren't the biggest killers here or anyplace.What troubles me is that although the chances of being attacked, unless you as a Jewish Israeli decide to do some shopping in Ramalla, Shechem etc. or other terror strongholds, is extremely low people allow fear to rule their lives. That gives a victory to the Arab terrorists. When friends say they won't shop in the Rami Levy and Yafiz because of the Arabs there, they are empowering the terrorists. There have been Arab terror attacks in Petach Tikva, Jerusalem, Tel Aviv etc, too. In many Israeli cities there's hardly a store or restaurant that doesn't employ Arabs, and there are many ordinary Israelis who have Arab cleaners in their homes! And don't forget that many of the Arab terrorists who have attacked and killed in "greenline" Israel had all the legal paperwork to be there.My reaction to surviving an Arab terror attack was, davka, one of more confidence and less fear. It was a strong reminder that our survival is in the Hand of Gd. We are on this world to serve Gd and not be served by Gd.Do what you need to do, and do it with joy. Don't let the fear of terror lock you in! 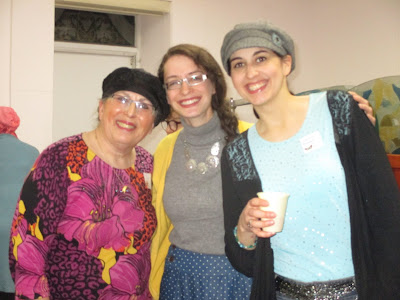