By JORDANA BROWN
Advertisement
It's been ages! So much has happened since I last blogged. So much, in fact, that I am going to make this a 2 (or 3, depending on how long-winded I get) part series entitled: Where is She Now? The Jordana Brown Story. Today's entry is about my search for a place to live after leaving the comfortable, but temporary, environs of Ulpan Etzion.
Regardless of my opinions of my accommodations in ulpan (okay facilities, lackluster food options, undesirable location) it was a great home for my initial five months after making aliyah. It was always there when I needed it, with my tiny bed and my unreliable 78 bus line, and I will miss it. About a month before the ulpan ended, a frenzy began wherein all ulpan students suddenly realized we needed a place to move! Permanent locations were discussed, many hoping to move to the Tel Aviv area (why?!) with most choosing to stay in the Jerusalem area. Roommates were buddying up, and appointments to see rooms and apartments were being made. I knew for myself I had several requirements; I wanted to live near the center of town and I wanted to live alone. While most single Orthodox Jews my age choose to live in the German Colony/Katamon area (there's even a whole Israeli television show about single life there, called "Srugim") I knew that it wasn't the place for me. Don't get me wrong, I have friends there and hope to spend a lot of wonderful shabbat meals in the area, but for me, I wanted a more central location. I decided to look in the Nachlaot, Rehavia and center of town areas exclusively. Then there was the whole "living alone" situation. This came about because I have never done it and always wanted to. I am a social person (to put it mildly), but I love the idea of having my own space to come home to, after being surrounded by people all day. I love the idea of hosting a million friends and family members from Israel and abroad, being a landing pad for anyone who needs a place to crash. I love the idea of hosting meals and parties, without checking to see if it's okay with my roommates. And I really love the idea of decorating my own place! But this independence comes with a price- namely, taking care of every single bill and the entire rent on my own for a whole year! That's really daunting for a chick who hasn't had a full-time job in six months! (More to come on job shenanigans in a future post!) But I saved up in New York City (throwback to being a rich American!) and knew that I had to at least try to make this "living alone" thing happen. 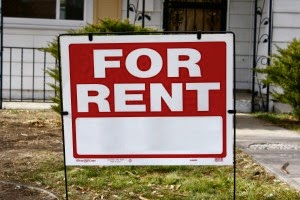 The first area I searched was the two-headed dragon known as Facebook groups and Janglo. There are several Facebook groups dedicated to people looking for apartments or roommates in Jerusalem (and everywhere else in Israel), as well as Janglo, a website for English-speaking Jerusalemites looking for basically anything. Why is this a two-headed dragon, you might wonder. Because if I went to these sites looking for English-speaking apartment options so did every other English speaker in Jerusalem! We are a simple bunch, we Anglos. We want things in English, we want to read and understand, and we want to communicate with brokers and renters who speak our common language. But this leads to a highly competitive real estate market, where an apartment posted in Nachlaot lasts maybe a half hour before it's rented! And it got frustrating after a while. One funny story: The Facebook ad read: "Adorable apartment in Rehavia, cheap rent, 6 months with option for longer, one bedroom with loft." There were some accompanying pictures of a leafy entryway and the price was right, so I set up a time to see the place. When I got there, it was a) not in Rehavia (it was really in Katamon) b) the renter had disappeared from mobile communication and c) impossible to locate the entrance in the labyrinth of this building. Finally, the renter showed me the place. It was actually too narrow to even stand side by side in the "kitchen", her bed was on a loft over the bathroom, and breathing was getting difficult in such a confined space. Then, she showed me a larger bedroom, certainly suitable for habitation. I asked her why she didn't live there! She responded that her roommate lived in that room! Roommate?! Where was that in the ad? And is this roommate staying? I told her I wasn't interested and frankly, she was being ripped off. She told me she had plenty of interest from her Facebook ad, so she wasn't worried. I screamed in my head "Maybe that's because your entire ad is a misleading lie?!" but with my mouth told her that was great and wished her luck.
After that debacle, a Israeli friend suggested trying "Yad2" which is where Israelis tend to rent their places. This opened up a whole new world of possibility- endless apartments for rent in every price range, with pictures and descriptions! Unfortunately, there was no English translation on the site, but it gave me ample opportunity to work on my Hebrew reading skills. The first place I found was a loft space in the center of town. It was a cool studio with a ladder leading up to the "gallery." I hadn't really thought about living in the center, but the place was kind of great and the price wasn't terrible, so I said I'd be in touch and kept looking.
When you have parameters such as mine, you go see anything that looks right. It's kinda like dating, though. On paper, it checks all the boxes, but in reality it is just not for you. Like the apartment I went to see near the shuk which was literally in a bomb shelter.The renter was explaining how much room I had and how cool the layout was and all I'm thinking is "G-d forbid there's another war and I am hosting the whole building in my bomb shelter living room!" So, needless to say, that place was a no- go. Another place I saw had neighbor children climbing all over the entrance. Another was a glorified dorm room. Yet another was basically situated on a highway. To top it off, the neighborhood where I wanted to live most, Nachlaot, was really pricing me out. It was as if all the hippies (a large demographic of the area) were contriving to keep me out!  It was all becoming very demoralizing and my time in ulpan was running out.
I kept coming back to the loft apartment I saw in town. I showed it to my cousins, some friends and my visiting aunt and uncle, who all saw the potential I did. I decided to move to the center of town and live in a loft! Easy- peasy right? Wrong! Coming up on Part 2 (because this post is getting super- long): The Saga of my Apartment. There are laughs, there are tears, and as always, the end is happy! Stay tuned!