A good deal can be a bad deal delayed 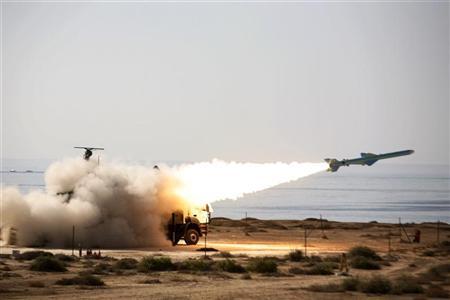 Is it time to for Americans and even congressional leaders to work the clock on an Iran deal that not only appears to be a capitulation to Tehran in exchange for the opportunity to invest in their business sector and indirectly fund their expanding terror operations of an otherwise brittle, autocratic theocracy but the deal positions the administration into moving forward with its pet bad idea and that is forcing Israel to unilaterally cede its lands to the PA using the UN’s controversial report of the Gaza war as leverage. Well, 2016 isn’t that far away, perhaps it is time congress to pay to its strengths and run the clock out of getting anything done. A treaty would need to be ratified, trade restrictions would need to be lifted and while the president has many unilateral measures to get around a lot of this, congress could be the snag the President gets caught up on while trying to pull the wool over our collective eyes.A bipartisan group of policy makers including Dennis Ross, David Petraeus, and General James Cartright and expert on non-proliferation, Robert Einhorn have just signed a letter stating, “The agreement will not prevent Iran from having a nuclear weapons capability” and “…may fall short of meeting the administration’s own standard of a ‘good’ agreement.” The letter also states what everyone knows, this agreement does nothing about Iran as a proliferator of terror and the result of the agreement is give Iran more ability to be a source of terrorism. Jonathon Tobin in an article in Commentary points out the that James Clapper had down played Iran terrorist activities but now points out in a letter to the Senate Intelligence Committee that Iran is sponsoring terrorism, the State Department report on international terror states Iran is the leading sponsor of terrorism! The administrations policy on the Middle East is that there is no policy on the middle east except getting the President the often coveted Jimmy Carter moment of brokering an important treaty. There is one important difference between the Egpytian-Israeli peace agreement and nuclear agreement with Iran which is that one eliminated the possibility of all out war in the Middle East while the current agreement would guarantee all out war.A bipartisan congressional committee could be formed to evaluate the ability of the US to turn sanctions back in an agreement while putting to a vote new sanctions and to get a detailed analysis of where Terhan is terms of nuclear development and how far away are they not only from a bomb but one that could loaded on a Shahab missile. Of course to understand that we’d need to know the depth and breath of North Korean technological assistance and that’s a lot experts and witnesses. How far can the president go making an agreement when the details are being debated in Congress. We also need to understand the consequences of a nuclear Iran, which will not be North Korea II as North Korea is mostly an expense of the Chinese economy while Iran is far more independent.The US people need not just focus on the stick, President Obama wants a legacy and healthcare is one piece but a free trade agreement is the other. He just got fast track authority which can be a carrot; congress just needs to keep a lid on the pace of both, making sure that the President has a free trade agreement for his last act not a nuclear Iran or a carved up Israel. The President’s policies is an exercise in calling series of reactions a set of policies, Isis, Al Qaeda and Iran continue to spread their influence militarily, Afghanistan may yet fall, Bagdad could be lost and Damascus could soon be flying a black flag, luckily we a congress whose major expertise is kicking the can down the road. Please congress, form an inaction committee and bring the administration to a halt, I can’t think if a time when I’ve appreciated congress’ inability to get things done more or ever but I promise to vote the incumbent from now on in all congressional races, if you can just save the middle east!