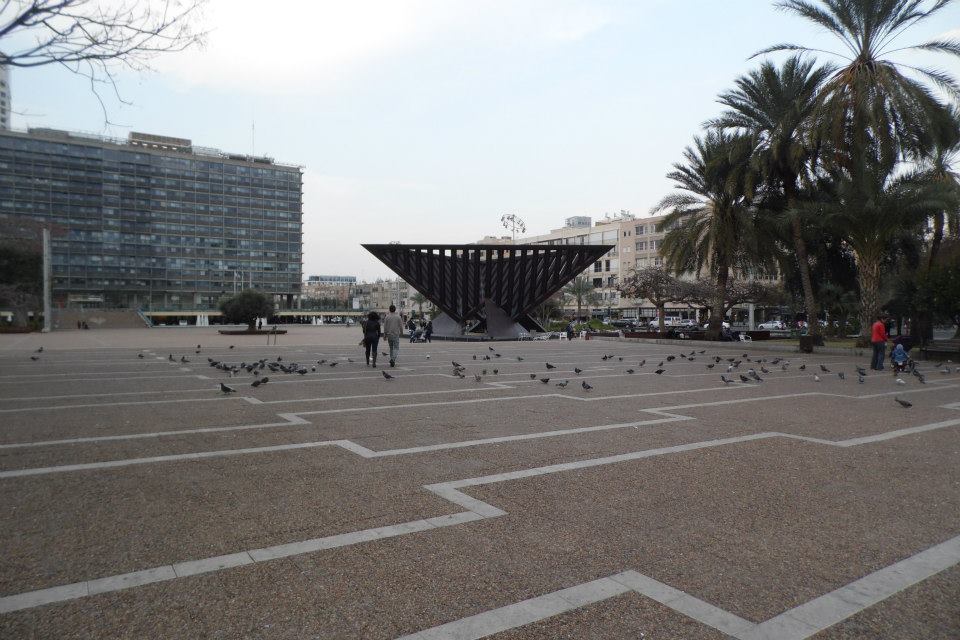 Rabin Square in Tel Aviv. February 2014As I sit here in my apartment in suburban Minneapolis, I am watching the live stream of i24 News, the Israel-based news network, on my TV via my Amazon FireTV player.  On i24 News they just mentioned something about the upcoming anniversary of Yitzhak Rabin's assassination.  20 years have gone by, as of next Wednesday.  It is hard to believe how time has passed what seems so quickly.  I remember sitting in my bedroom in Janesville, Wisconsin, a city 75 miles or so west of Milwaukee, and seeing the news on television, that Rabin had been shot and killed.  I was in 8th grade.  I was not Jewish back then.  I barely knew anything about Israel.  Regardless of that, it seemed to affect me, hearing that news.  I remember running upstairs from my bedroom and mentioning that the Prime Minister of Israel had been killed... Nobody else in my house seemed that concerned with the news.  Perhaps, like most Americans in early November of 1995, my family was still shell shocked about O.J. Simpson walking free.  Who knows... All I know is that I cried and felt genuine sadness.Now, 20 years later I am a Jew... A Jew who loves Israel and knows so much more about it then I did back then and has visited and is 4 months away from another visit.  Maybe the sadness I felt on that November day was a small sign that I would one day feel an even bigger connection and would become an Israel lover and a member of the Jewish people.
Advertisement
Subscribe for our daily newsletter