Between mental health, sexuality, gender and faith: First of its kind conference takes place in NYC 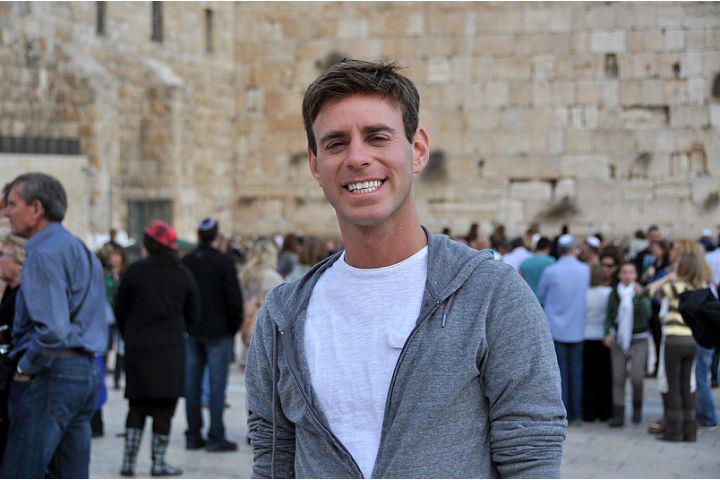 Mordechai Levovitz (Photo: A Wider Bridge)With President Obama and the White House condemning therapy to ‘cure’ gay youth earlier this week, there couldn’t be a better time to have a conference for mental health professionals on the topic of Sexual Orientation and Gender Identity in the Orthodox Jewish Community.The issue of “conversion” therapy within the Jewish community has taken center stage many times in the media in Israel and around the world.  In January 2014 a ban took effect on "sexual orientation change efforts" that was passed by the California Legislature and signed into law by Gov. Jerry Brown. In February this year, a judge in New Jersey ruled that claims by gay conversion therapists that homosexuality is a curable mental disorder are fraud. But still, religious groups speak in favor of this treatment and practice “conversion” therapy on gay men and youth, even though it has been proven to be nothing but a fraud.A conference titled Desire, Faith & Psychotherapy is taking place in New York for the first time on Sunday, April 19. It will focus on the treatment of LGBTQ people in the Orthodox and Hasidic communities and targets those interested in mental health, rabbinics and Jewish education. Behind this historic event stands Mordechai Levovitz, Executive Director of the organization Jewish Queer Youth (JQY), whose personal story about undergoing conversion therapy has also reached national news. “The Conference was a long time in the making,” Levovitz says. “JQY's focus is on LGBT Jewish at-risk youth, so we spend most of our time dealing in communities where familial and communal rejection are high. LGBT kids growing up in Orthodox, Hasidic and Sephardic homes were found to be the most vulnerable. Despite this, there are few resources for them. In NYC this is no small problem, because 72% of Jewish Children are from Orthodox homes. This means that the vast majority of LGBT Jewish youth will be from the Orthodox community.”The program features experts in the mental health field of sexuality and gender, along with leading Orthodox Rabbinic authorities and clinical professionals with experience working with LGBT people from the Orthodox and Hasidic communities.  They will present cases, review the latest research and develop a conceptual framework in which therapists and Orthodox rabbis can work together to offer the best care.  “We chose speakers with the most expertise and experience in these topics,” says Mordechai. “When it comes to a mental health understanding of sexuality and gender, the William Alanson White Institute is renowned for its leadership. It consulted with the top mental health professionals in the field of sexuality and gender, with a focus on LGBT  clients. With respect to rabbis,  we wanted to reach out to mainstream Orthodox rabbis with connections to large establishment institutions. We started with the RCA, the Rabbinical Council of America. We were able to book Rabbi Mark Dratch, the Executive Vice President and Past President Rabbi S Goldin. Having this caliber of Orthodox rabbinic support and involvement for this kind of event is truly unprecedented in the US.”“Lastly we wanted to hear from local Orthodox Therapists who specialize in working with Orthodox LGBT Clients,” he adds.Securing this impressive line of professional speakers, though, wasn’t easy for JQY, since dealing with such a delicate subject, according to Levovitz, made the therapists who worked with the Orthodox Jewish population feel that they would be judged by the rabbis and the rabbis felt that they would be judged by the therapists. “What we found most worrisome is that when we talked to the leaders, mental health professionals, educators and rabbis in the Orthodox community, we found that there were few opportunities for training, education or dialogue around this issue,” Mordechai says, “so most just ignored or avoided engaging with  the topic. Of course, the ones who lose the most from this are the LGBT youth in the community who need support and healthy guidance.”JQY also closely follows the subject in Israel. In October 2014 the Israeli Health Ministry issued a warning against conversion therapy that purports to alter the sexual orientation of homosexuals, arguing that there is no scientific proof that the treatment is effective. Despite the warning, Orthodox Jewish groups have continued these “therapies,” as was exposed by an undercover journalist from Mako. “The Orthodox community in America has a lot of overlap in Israel,” Mordechai says. “We were very encouraged by the strong position of the Health Ministry of Israel. It is similar to the positions of the AMA, APA and NASW here in the states.”“However, all these positions have little weight if they don's carry teeth. It is not against the law to practice conversion therapy in Israel. There are no repercussions for those who have been traumatized by this type of fraud. In some states in the US (California and NJ) they have outlawed conversion therapy for minors. I think this approach is smart because it focuses on something we should all agree on: we must protect minors.”“Health organizations in both Israel and the US can not just stand from afar and voice their opposition to conversion therapy without engaging the religious communities and the therapists who work in them. We have to be ready to include religious values and priorities into the conversation. Religious therapists and leaders have to feel that their concerns are being valued. If this work isnt being done, then we basically are abandoning all the LGBT youth in Haredi communities to fend for themselves until they are old enough to leave. Why wait for the damage to be done before intervening?  At JQY we think that is unacceptable.”Desire, Faith & Psychotherapy at The Kraft Center for Jewish Life, Columbia University, 606 West 115th, NY. Sunday, April 19, 2015, 8:30am-5:30pm. Register here