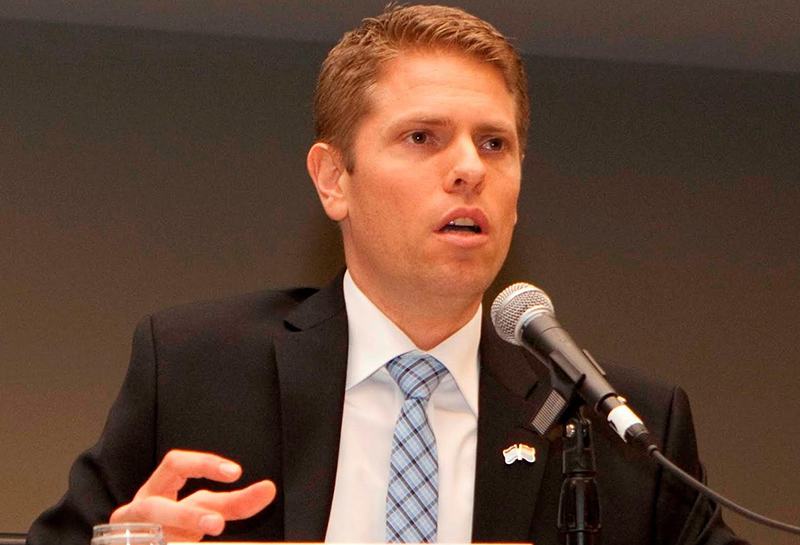 Dan Slyper (Photo Credit: Robert J. Saferstein) Israeli LGBT Activist Dan Slyper was invited by the American Israel Public Affairs Committee (AIPAC) to speak at the organization's 2015 Policy Conference.On Monday, March 2, Slyper will participate  in a moderated panel discussion about LGBT support for the U.S.-Israel relationship. The panel, that also includes A Wider Bridge’s Executive Director Arthur Slepian, will explore how Jewish and non-Jewish members of the LGBT community are making the LGBT case for Israel.Earlier that day, Slyper is scheduled to give a speech in front of American Congress members and Jewish leaders about the situation of the LGBT community in Israel. “I’m going to talk about Israel's very significant progress in its LGBT rights situation, and in addition I'm going to point out that in some areas, like gay marriage, other countries are much more advanced while Israel is far behind. I’m going to call for the attendees to influence the Israeli government to make a progress in this subject as well as other issues.”Slyper, an out gay teacher from Tel Aviv, has been a prominent activist in the LGBT community since the horrible murder of three teenagers at the Bar Noar gay center in 2009. AIPAC reached him a couple of years ago through representatives of the Labor party after he launched the LGBT forum of the party back in 2011. “AIPAC from time to time brings groups of American opinion leaders in order to connect them to Israel,” he explains. “I was asked alongside other activists from other areas of activism to present to these groups the complexity of Israeli society, which included the situation of the Israeli LGBT community.”Slyper spoke at a similar convention in 2012 and the response was very positive. “I present Israel in a very positive light in the area of LGBT rights,” he says, “even though I explain that we still have a long way to go in order to have full equality and recognition in the community.”AIPAC’s 3-day conference begins Sunday, March 1 in Washington DC and among the long list of speakers and attendants will be US Senators Joe Manchin and Ben Sasse, Congressmen Carlos Curbelo, Ted Deutch, Mario Diaz-Balart, Eliot Engel, Tulsi Gabbard, Ruben Gallego, Kay Granger, Steve Israel, Ed Royce, Brad Sherman, Kyrsten Sinema, Elise Stefanik, Norma Torres and Debbie Wasserman-Schultz.Also scheduled to speak at the conference are Consul General of Israel in New York Ido Aharoni, CNN’s Paul Begala and Israel Defense and Armed Forces Attaché to the United States and Canada, Maj. Gen. Yaakov Ayish.  “I think that AIPAC is really attached to the LGBT issues,” says Dan. "The proof of that is the two panels and the dinner in which we will take part this year, Mr. Slepian and I and other people. In general, American Jewry is defined as progressive and AIPAC as an organization that represents this group sees itself similarly”