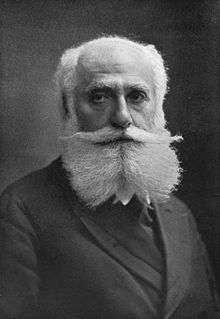 Happy Birthday Israel, 70 years is an accomplishment.  When I was a Yeshivah bucher, the Rabbis taught me, if I get to 70, Gan Eden is assured.  They also taught me, God will shorten my life one day for every piece of chametz I eat on Pesach.  I should be dead by now….

August 29, 2018 will be 121 years since Dr Max Nordau’s opening speech at the First Zionist Congress in Basel, Switzerland. Theodor Herzl wanted to have the First Congress in Munich, Germany but the local Jewish community strenuously objected.  Herzl was a crazy radical and would endanger the recently achieved emancipation of the German Jews they feared. Herzl moved the Congress to Basel.

Nordau, an internationally respected writer and physician spoke of the need for a Jewish State. The Jewish body and soul were sick, he said. Jews suffer from twin diseases, Neurasthenia (physical and mental exhaustion, depression, irritability) and anti-Semitism.  Jews were sinking into degeneration and destruction,

Nordau named the cure for the Jew’s disease.

"He who is convinced that the Jews are a people must necessarily become Zionist, as only the return to their own country can save the everywhere hated, persecuted, and oppressed Jewish nation from physical and intellectual destruction.”

The Balfour Declaration promised a National Home for the Jews in Palestine.  Some listened.  Most did not.

The Arabs listened.  They rejected the doorway of life for Jews in Palestine no matter what, 1920, 1929, 1936…rioting and terrorism against Jews expanded. Jews everywhere, white, black, red, yellow or green, are a race, Hitler said. Hitler and his friends happily, energetically, did their best to clean the world of the 'sub-humans'…

1948, Most of the world did not believe.  Some did.  Nordau’s diseased Jews did the impossible, modern Israel was born.

The American Council for Judaism was horrified.  Organized by American Reform Jewish elements, in 1942, they argued Jews are a religion, not a people.  Israel will cause the destruction of all Israel everywhere as fifth columnists. Holocaust awareness silenced the American Council’s message…temporarily. Holocaust awareness is, incredulously, marginal. Jews, especially Western Jews are vacuous about Jewish history.

“Now there arose up a new king over Egypt, who knew not Joseph.” Exodus 1:8

In 1948, in 1967, continuing even today, the call for the extermination of the Jews of Israel is heard again.

Israel’s miraculous victories have given Nordau’s words new life.  Zionism has normalized Jews, like any nation with good and with room to criticize. The Jews of galut, rejecting Jewish peoplehood, suffer even more from Neurasthenia and anti-Semitism.

Zionists, even reluctant conquerors of their patrimony, have traded land for tenuous peace.  It is not enough an increasing chorus of Jews say.

Freedom of speech dies in the Universities and is replaced with politically correct, controlled thought.  University professors suggest Zionists are sub-humans.  Palestinians teach their young, Jews are sub-humans.

American Racist, David Duke said – “The #New Right is a collection of degenerates, Zionist Jews & their collaborators deflecting from the Jewish nature of the # Resist movement.”

Bradley Burston said, “It's time, as well, to call out "Pro-Israel" voices who "defend" Israel by demonizing and dehumanizing Palestinians as a people, as a society, as a whole and as individuals. It's time we called racism-as-Zionism what it is: Disgusting.”

At a shul not far from mine, a badly abused woman went to see her Rabbi.  Rabbi, she said, my husband beats me, he does terrible things to me, what should I do?  The Rabbi advised her to go home and cook dinner better, Shalom Bayit is the most important thing.  The husband killed her the next week.

“An obvious explanation is that a society must achieve relative tranquility before it can undertake any self-examination, that the many perils to the very physical existence of the Jewish community in Palestine—and later Israel—obscured all other problems.”

American Jews voted, overwhelmingly for Obama and Hillary Clinton. Yet is was the leftist hated President Trump who on Israel 70th birthday moved the American Embassy to Jerusalem.

In spite of it all, Israel has refused to die but instead, prosper as never before.  Imagine the benefit to all people, including Palestinians, if the Zionist dream of peace was more important than hate.

“I will bless those who bless you,

And I will curse him who curses you;And in you, all the families of the earth shall be blessed.”