Making it obvious: Israel is the Nation State of the Jewish People

Israel is de facto the Nation State of the Jewish People

By NURIT GREENGER
AUGUST 22, 2018 22:35
Advertisement
The ground has been shaking, Israel is on the wrong again; the government of Israel has officially enshrined into basic law the obvious, that it is a Jewish State, with the right to self-determination, and the global roar is unbearable.By now many have used their pen to explain the passing of the bill that granted constitutional status to Israel's identity as the nation-state of the Jewish people.One is Moshe Koppel, a Professor of Computer Science at Bar-Ilan University, Israel who worked on the bill.For many years now, Israel has been undergoing a revolution. This revolution isn't Bolshevik or ‘Jewish Spring’ in nature and the Israeli military isn't attempting a coup; this revolution has been slow, over the past 70-years, more in the vein of trench warfare revolution. All signs indicate that in Israel many of the state's organs no longer heed the elected government and they follow only the commands of the alternative hegemony, headed by the Supreme Court of Israel. And Israel’s Supreme Court is just as interested in having the power to govern as in upholding the rule of law.On his Facebook page Professor Koppel explains:
What’s in the law?The law includes a declaration that Israel is the nation-state of the Jewish people and a list of specific matters in which Israel’s Jewish character is reflected, including its flag, anthem, Hebrew calendar, Hebrew language, the ingathering of the Jews immigration and Jewish settlement policies, days of rest – Shabbat and Jewish Holidays - and connection to the Jewish diaspora. In short, the kind of ‘stuff’ common and exists in constitutions of democratic nation-states all over the world. 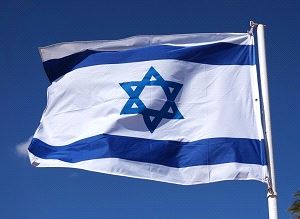