The security cabinet is expected to approve the deal in a vote on Wednesday. 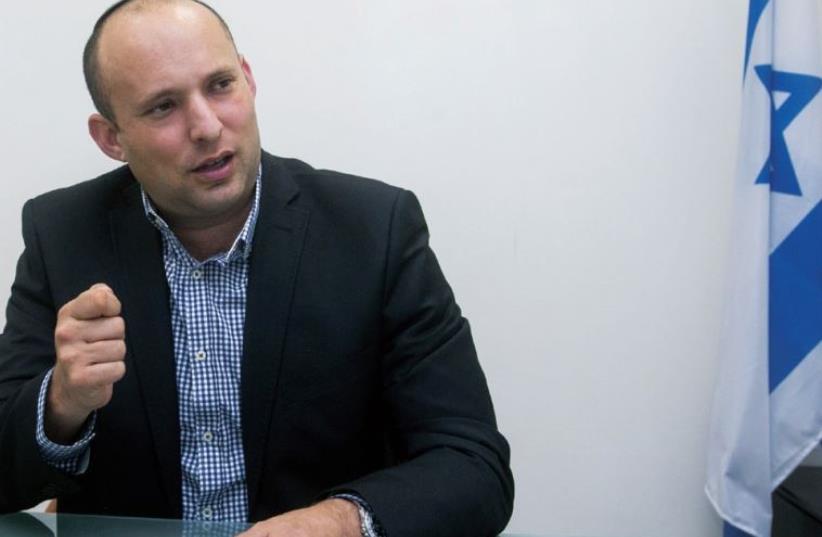 Education Minister Naftali Bennett
(photo credit: MARC ISRAEL SELLEM)
Advertisement
The Bayit Yehudi party announced on Tuesday night that its ministers, including Education Minister Naftali Bennett and Justice Minister Ayelet Shaked, plan to oppose the Israel-Turkey reconciliation deal when it comes to a vote in the Security Cabinet Wednesday."Reconciliation with Turkey is important and in the interests of the State of Israel," Bennett said. "However, compensation to the perpetrators of a terrorist act is a dangerous precedent Israel will regret in the future."Bennett also called for Turkey to do everything in its power to secure the return of the bodies of the two missing IDF soldiers thought to be held by Hamas since the 2014 conflict in Gaza.Where as Bennett and Shaked are expected to vote against the deal, Defense Minister Avigdor Liberman has stated that while he opposes the accord, he will not "campaign against the deal." However, the majority of the security cabinet is expected to vote in favor of approving the deal. The agreement would end six years of sour diplomatic relations between the two countries following the 2010 Mavi Marmara incident in which Israeli Navy's raided the Turkish flotilla headed to Gaza and nine activist were killed. The rapprochement agreement between Israel and Turkey will strengthen Israel's position in the region, Prime Minister Benjamin Netanyahu said when he announced the deal in Rome on Monday.Netanyahu said that with both the world and the region going through enormous changes, it is important to create islands of stability, and this accord does that with Turkey. Pending the ratification of the deal, ambassadors from both countries are expected to be reappointed by the end of July.