By JEREMY SHARON
JULY 30, 2014 15:31
Participants in the World Bnei Akiva’s year abroad programs have been trying to ease the fears of foreign flight crews landing in Israel in light of the military operation in Gaza and the rockets that have been directed at Ben-Gurion international airport.On Monday, the gap year students went to Ben-Gurion airport to welcome the flight crews with flowers and chocolate and thank them for continuing to operate their airlines despite the hostilities.“The idea was to create a sense of calm and to support the brave pilots and cabin staff who, despite foreign media reports, are still doing their jobs and coming to Israel,” the youth movement said. 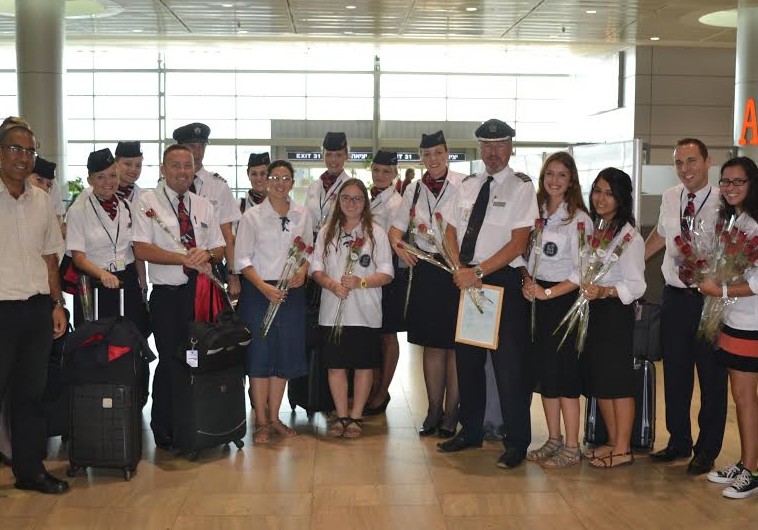