According to a statement made by the hospital, the incident occurred while the staff member was treating the patient. 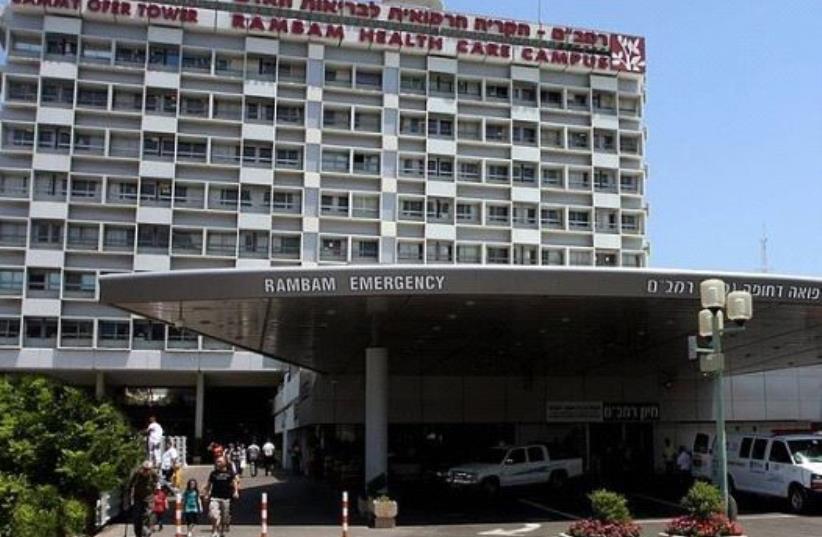 Haifa’s Rambam Medical Center
(photo credit: WIKIMEDIA COMMONS/RAMBAM MEDICAL CENTER)
Advertisement
A patient at the Rambam Hospital died on Sunday after a medical staff member "exceeded his authority."According to a statement made by the hospital, the incident occurred after a medical staff member treated the patient. According to a Ynet report, the patient died at the end of last week after a nurse who gave the patient a treatment that only a certified doctor is permitted to give. The incident was reported to officials and a complaint filed with the police. However, the complaint was filed despite the fact that there was no certainty as to the connection between the drug's delivery and the patient's death, according to Ynet. Soon after the hospital released their statement, police announced that they were initiating an investigation in to the matter.