Police then located a deceased male employee believed to be the shooter's target, while an injured city employee was taken to a local hospital. 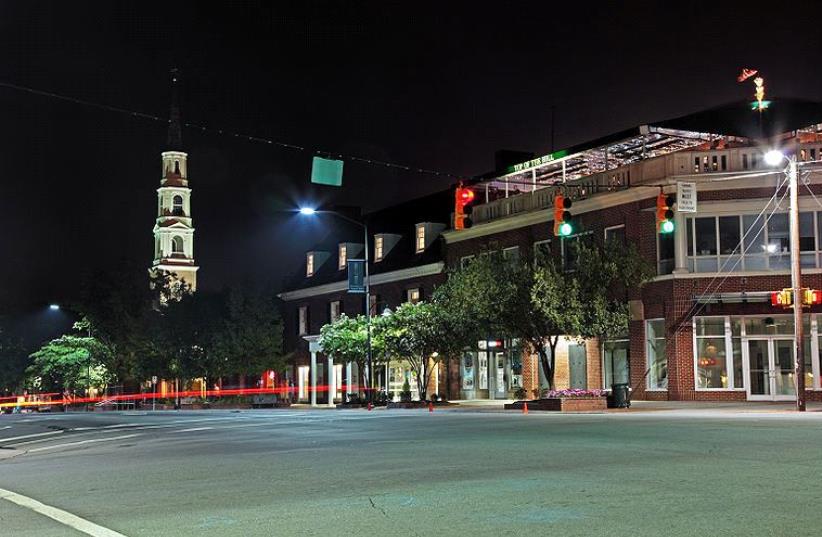 Chapel Hill, North Carolina in Orange County [file]
(photo credit: CAROLINE CULLER/WIKIMEDIA COMMONS)
Advertisement
A city employee in Winston-Salem, North Carolina, on Friday shot dead a fellow worker with whom he shared a "longstanding dislike," before the gunman was fatally shot by police, law enforcement officials said.Police officers arriving shortly after 6:30 a.m. at the public works building where the victim and shooter both worked confronted and killed the gunman, a longtime city employee, Winston-Salem Police Chief Catrina Thompson told a news conference. One police officer was injured during the exchange of gunfire.Police then located a deceased male employee believed to be the shooter's target, while an injured city employee was taken to a local hospital, Thompson said."Although there were other city employees in harm's way, no one else appears to have been specifically or randomly targeted," Thompson said. "As such, we are categorizing this event as a workplace violence incident."The shooter and the deceased victim had a "longstanding dislike for each other," Winston-Salem Police Captain Steven Tollie said. Police identified the shooter as Steven Dewayne Haizlip and the other fatality as Terry Lee Cobb Jr.The previous day, the two had been involved in an altercation that was believed to be the catalyst for Friday's shooting, he said.Evidence suggested that the wounded city employee was "collateral damage," Tollie said.